In this article you will find:

People steal wines… then clone them?

A few weeks ago, we mentioned that the hint of cola in Carneros pinot might come from the clones specific to that region.

This week, we revisit the the clones of American wine.

More on that in a moment. But first, how do you keep wine from dripping on the label?

In this week's instructional video, Julien shows us how to pour wine like a professional... from the secret trick sommeliers use... to a useful gadget you can pick up at your local wine shop...

40 years ago, in the dead of night, a thief stole Burgundy’s greatest prize.

Pinot noir is genetically unstable and more susceptible to mutation than other vines. When allowed to replicate naturally – with two vines each contributing genetic material to a new baby vine – hundreds of pinot noir sub-varieties can emerge in a single vineyard, making for unpredictable flavors and yields.

The solution is to use clones of specific pinot noir vines.

The first European clones to become popular were the “Pommard,” cloned (legitimately) from Burgundy’s Château Pommard, and the “Wädenswil,” cloned from a Swiss vine that was itself taken from France by Swiss mercenaries in the 1400s.

Today, most California pinot noir comes from cloned vines. Some wineries have even begun to indicate the precise clone used – typically a Pommard or Dijon 115, the clone behind many an award-winning pinot noir. 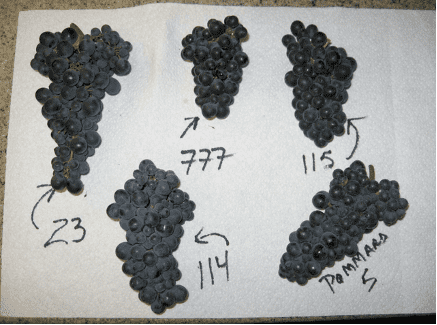 Not all clones are legitimate. So-called “heritage” clones – also known as “suitcase” or “Samsonite” clones – began to surface as a way to replicate Burgundy’s best vintages here in the US. Be on the lookout whenever you see any of those words on a wine bottle (“clone 828” has also been used)...