Atop the Natural Wine Bubble 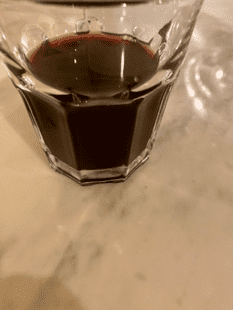 The ‘dirt’ taste is common in Long Island wines. Occasionally (as in the McCall 2013 pinot noir), it works, bringing a lofty pinot back down to the loamy soil.

Sadly, in the teroldego, the Long Island dirt had no such transformative effect. We struggled to find a redeeming note... a flicker of genius in the aroma... or a clin d’oeil in the mouthfeel... 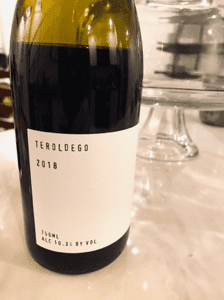 Finally, we replaced the cork, shoved the bottle in the cellar, and promptly forgot about it.

Thus began our second attempt at giving the ‘natural wines’ fad a chance. And no good deed goes unpunished… More on that below...

But first, be sure to check out our resident wine expert Julien Miquel’s full documentary film (24 mins) on our Argentina trip last December... It’s Argentina and the Calchaquí Valley like you’ve never seen them before, including interviews with Sunal winemaker Agustín Lanus, Tacana winemaker Raúl Dávalos, and Gualfin’s former “gaucho” owner... PLUS a visit to the “Napa of Argentina” (it’s not Mendoza)... a visit to the highest winery in the world... and a special visit to Gualfin and our vineyard at Pucarilla... the scenery alone is simply stunning!

Atop the Natural Wine Bubble (continued)

The proliferation of wine clubs aimed at millennials is surely reaching its peak. One of the largest players on social media, a club called Winc, has leaned into these bubbly times by running ads offering not wine, but shares in its crowd-sourced public equity raise. Mundus vult decipi, ergo decipiatur...

But perhaps the most vicious competition is among the ‘natural’ wine clubs. The list of gimmicks runs long – from single-serve bottles shaped like Erlenmeyer flasks… to scientifically dubious claims of ‘no more hangovers’… to probiotic wine… to inventing a 20-something named Amanda, complete with social media accounts and a “wellness” blog, who just so happens to love yoga, look great doing yoga, and have a passion for natural wine!

Longtime readers know us to be natural wine skeptics. Our extreme-altitude Argentine wines forego the hefty helpings of chemicals found in other wines, too. But they taste like real wine.

And there’s the rub when it comes to ‘natural’ wine. Most of it tastes like old cardboard festering inside a blend of Welch’s Apple and Grape juice. Even if you accept the claims of lower additives (though most still have sulfites), you still have to want to drink the stuff.

Desperate to cleanse the “swampy” aftertaste of the teroldego from our palates, we immediately opened up the second bottle of natural wine we had received from the ever-so-hip club we had subscribed to through Facebook. It was a red wine bubbly, with a minimalist label fit for that much-sought-after demographic of “cool, young, hip” people, who can somehow afford $40 bottles of ‘natural’ wine in between tweets about drowning in student debt.

The purveyors of this natural vintage had assured us that it was “probiotic,” and therefore excellent for gut bacteria. So is apple cider vinegar, which is exactly where the vintners in this case appear to have taken their inspiration. As fans of kombucha, we rather enjoyed the stuff... at least before we remembered that a single bottle costs $37. 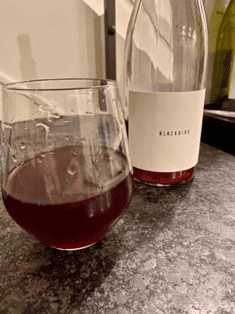 As it turns out, red wine is naturally probiotic. So long as it hasn’t been utterly destroyed with chemicals and aggressive filtration or fining, a (small) daily dose of red wine should do wonders for the gut. In fact, a Spanish study found that after a daily dose over the course of 20 days, subjects experienced a “pronounced” improvement in gut bacteria, lower blood pressure, and reduced inflammation.

The natural wine purveyors are attempting what’s known in the advertising business as “creating a category.” Which is to say, they are taking an attribute common to a lot of wines and claiming it as their own specialty. Our advice: Don’t fall for it.