***This week, Julien is preparing the virtual wine tasting for our Spanish collection, which is being shipped as we write. His regular lesson series will resume next week.***

The Spanish don’t fear time. They eat late. They sleep late. The women seem to grow more beautiful with each additional line. And the men more distinguished with every additional silver hair.

The philosophy extends to the wine industry. Spain – especially the Rioja region – has some of the longest aging requirements of the world’s top producers. And it’s not just the age of the wine that matters to the Spanish, it’s the age of the vines, too. In Spain, a winemaker expects the question “And how old are the vines?” knowing that any answer saying less than 20 years old will be met with a polite, if disappointed, smile.

But does vine age really correspond to quality?

The world’s oldest (and largest) known vine, The Great Vine, lives at Hampton Court Palace in London, where its long branches stretch out to occupy an entire greenhouse. Planted in 1769, it still produces grapes to this day, which are sold to tourists. We know of no active vineyards with vines over 200 years old, though we have found a few with vines around the century mark (long-time members have already tasted wines from some of these vineyards in some of our earlier collections). 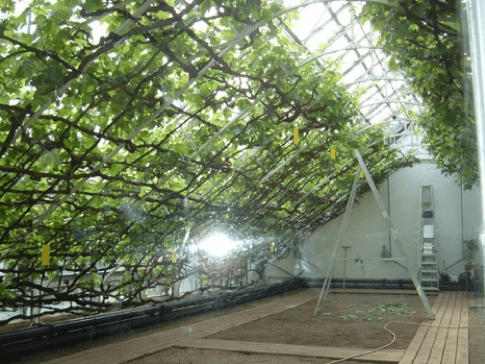 What you’re looking at is all a single vine! The world’s oldest, in fact...
Credit: Margaret Sutton, Wikimedia Commons

Vines don’t just grow larger as they age; their very physiology changes, too. Young vines are greedy, gorging themselves on water. In their young veins, sap moves with the speed of a pneumatic tubing system in 1930s Wall Street. They yield more grapes – juicier ones, too – often diluting flavor and complexity. (Mass-market winemakers often replicate this effect to increase yield by overwatering, a process known as faire pisser la vigne, or, in English, “making the vines piss.”)

On the contrary, older vines, much like your grandmother, can subsist on the vinicultural equivalent of a few crackers and a bowl of Campbell’s soup. They take in only as much water as they need. Their sap moves slowly, gradually distributing nutrients across the system rather than overloading it. The yield is lower, but the expression of terroir far more careful and concentrated. They waste nothing, savoring everything. 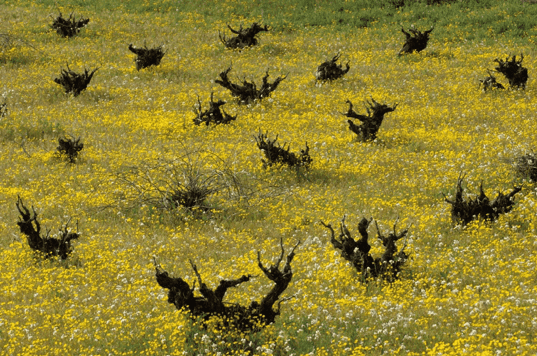 As vines age, they often eschew the big green leaves of their youth, reducing their overhead canopy. Their trunks grow thinner, too, similar to the thinning of tree rings in periods of high stress.

The combined effect is to increase the plant’s exposure to the elements – wind and sun – in a way not dissimilar to (though less intense than) how higher elevation stresses the plant to produce better grapes.

The final benefit of an older vine lies in the varietal. As Wine Spectator correctly pointed out some time ago, the older the vineyard, the less likely it is that a single varietal plot is actually a single varietal plot. Vines breed. And they breed easily. A century-old plot may be listed as tempranillo, yet also contain a mazuelo, or even a cross between the two, somewhere in the mix.

Thus, the unique terroir expressed in an old-vine bottle of Rioja or Ribera goes far beyond soil type and weather. Those old vines themselves may be of a kind found nowhere else on Earth.

P.S. A note to longtime members: Shipments of the Spanish collection are en route! If you haven’t watched Julien’s tasting guide yet, you can do so here.