What I Didn’t Understand About Champagne

C. and I opened up our bottle of Moutard NV Brut last night… 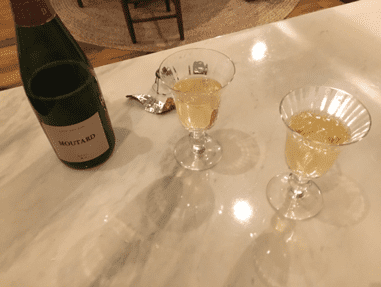 As we prepared the French collection for our Bonner Private Wine Partnership members some months ago, we had a small internal debate over the inclusion of champagne.

“We should only include wines we love,” said your editor. “And is it possible to truly love champagne?

“Or is it an overpriced, cloying mush, entirely deserving of the fact that the growing region is located right next to Disneyland Paris?”

Find out below… But first, this week, winemaker Julien Miquel answers that gravest of philosophical queries: Why the heck are there so many different types of corkscrews? And which one should you use?

Julien certainly has strong feelings on the issue. So did we after learning that one common type of corkscrew (which we own) actually destroys the cork… Simply click below to access this week’s video…

Until a few months ago, we had strictly counted ourselves as champagne-tolerant. A glass with oysters before a big dinner come the fall/winter months. Never a second.

“But wait,” said Julien Miquel, our resident winemaker. “Champagne is one of the most challenging wines in a tasting. It’s not for beginners. But I promise you, get the serving temperature right, and select the right champagne, and a new world will open up to you.”

Still, we were skeptical.

And then, we tried champagne from a lesser-known sub-region called Côte des Bar – a sunless yet enchanting place, where vines curl their roots around fossils trapped between layers of clay and limestone. 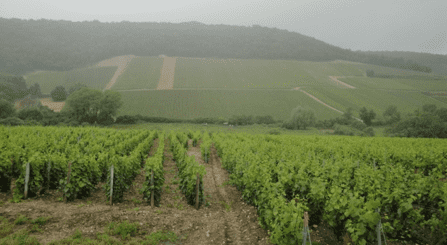 Legend attributes the invention of modern sparkling wine to Dom Pérignon, the 17th century monk from L’Abbaye d’Hautvillers. In truth, he was likely not particularly fond of the natural fizz that plagued the wines of Champagne.

And he would not have been the only one. For generations, winemakers in Champagne had tried to rid their wines of the shameful fizz that seemed to always appear, out of nowhere, each spring.

We now know that the weather was the culprit. Cold winters would force the yeast in each bottle into hibernation. Once temperatures began to rise in the spring, the yeast would reawaken, resulting in a light sparkle.

This “light sparkle” was, of course, nowhere near the level of effervescence we have all become accustomed to in our champagnes.

It was only around the time of the Industrial Revolution, and largely (keep this between us) due to the British innovation of adding a touch of sugar to each bottle for a second fermentation, that champagne embraced its true identity.

(Don’t let the ‘touch of sugar’ fool you; champagne can be every bit as dry and free of residual sugars as any white wine. The added sugar converts the remaining yeast to alcohol.)

The fiercely intemperate weather of the Champagne region deserves more than a passing mention. As we are fond of saying at the Partnership: Good wines come from a struggle; great wines from an outright slaughter. Average temperatures there settle around 50 degrees Fahrenheit, below which photosynthesis ceases to be possible for grape vines. Vines are planted close to the ground in the hopes of soaking up any residual heat radiating off the chalk-white soil.

(Perhaps it’s the precarity in which they ply their trade. Perhaps it’s out of respect for those Pinot Noir, Meunier, and Chardonnay grapes suffering on their vines. But winemakers in Champagne are a rather buttoned-up lot. If you ever visit a winery there, be sure to dress for church.)

We tend to lump champagne together with dessert wines – lacking in depth. But that’s missing the huge potential of its terroir.

Nowhere is that more apparent than the Côte des Bar. Most champagne comes from La Marne (close to Disneyland Paris; for history buffs, it’s where the French stopped the German advance in World War I). But Côte des Bar is located slightly due south, in the area of L’Aube.

Here, the chalky soil of Champagne runs into the clay of Chablis to create a special soil known as kimmeridgian. For some plants, it’s a nightmare. For vines, kimmeridgian is a welcome challenge, as the roots strain to dig down between chalk, clay, and a layer of fossilized oysters left over from when ocean covered the entire area.

But you don’t need to know anything about soil to immediately know “we’re not in La Marne anymore.” Driving into the region, the densely planted vineyards and manicured lines of La Marne give way to a landscape of forests and streams, where small vineyards are carved out of the wild by their owners.

Not that the locals care too much about that. After all, families like Moutard – from whom we sourced the champagne in the French collection – have been making wine since the 1600s.

Still, it won’t be long before the world at large catches on. The faint tropical notes of a Côte des Bar are simply too distinct – they can’t be found in any other champagne. If you are a champagne skeptic – as we once were – Côte des Bar may yet make you a convert.