Never eat ice cream before going to a wine tasting.

If you recall from last week, we had gone to the Marimar winery (as in Marimar Torres of Spain’s famous wine dynasty) to taste wines from grapes grown on the Sonoma Coast. 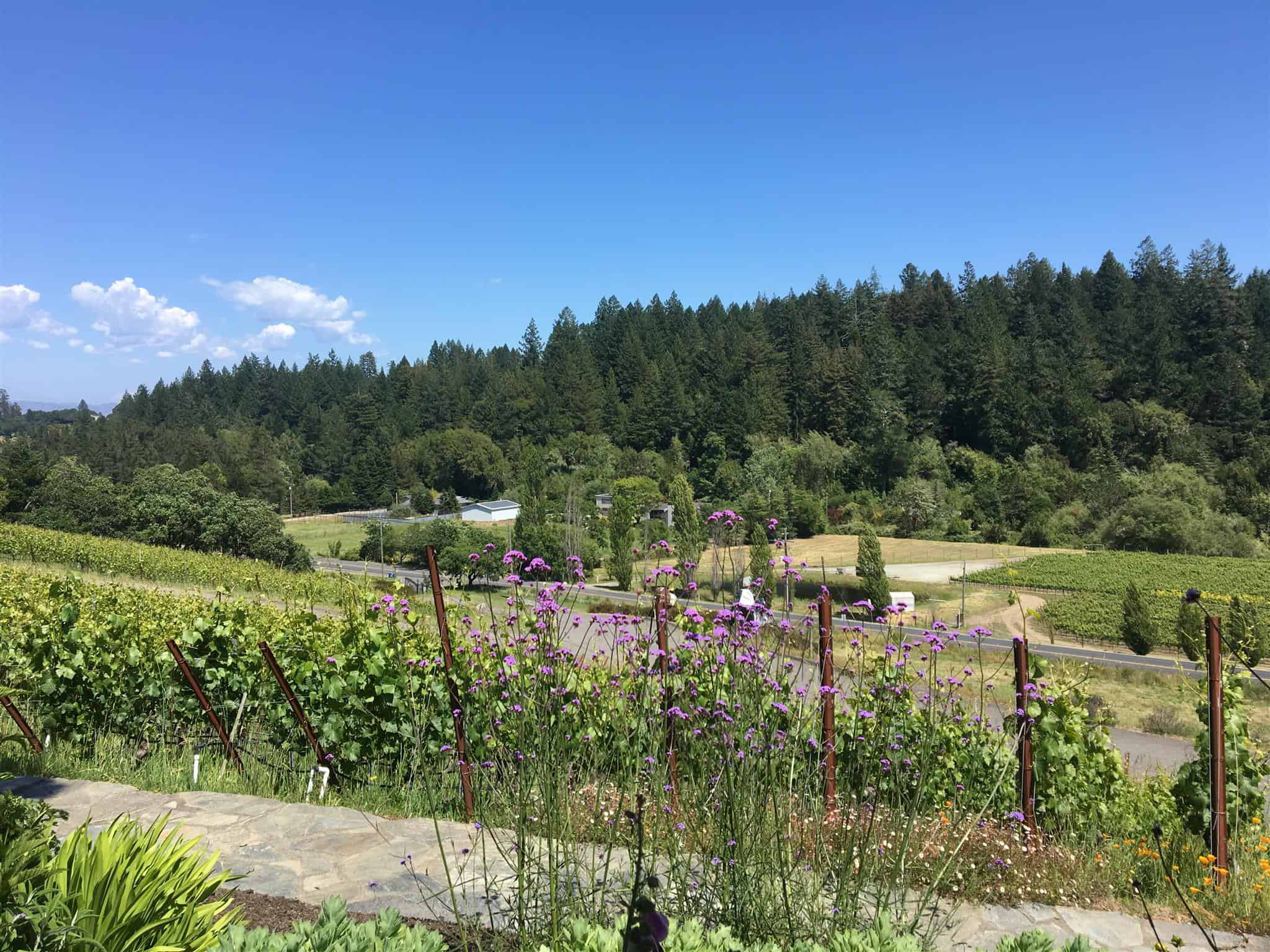 The slopes of Marimar

Sonoma Coast, to the west of Sonoma proper, is truly the region’s best kept secret. There, the heavy Northern California fog takes a full two to three more hours to burn off, resulting in a much greater temperature differential over the course of one day. Although you might think Sonoma too small to harbor more than one microclimate, the difference between east and west is stark enough that vines producing lackluster wines in the east have become great successes when transplanted on the coast. 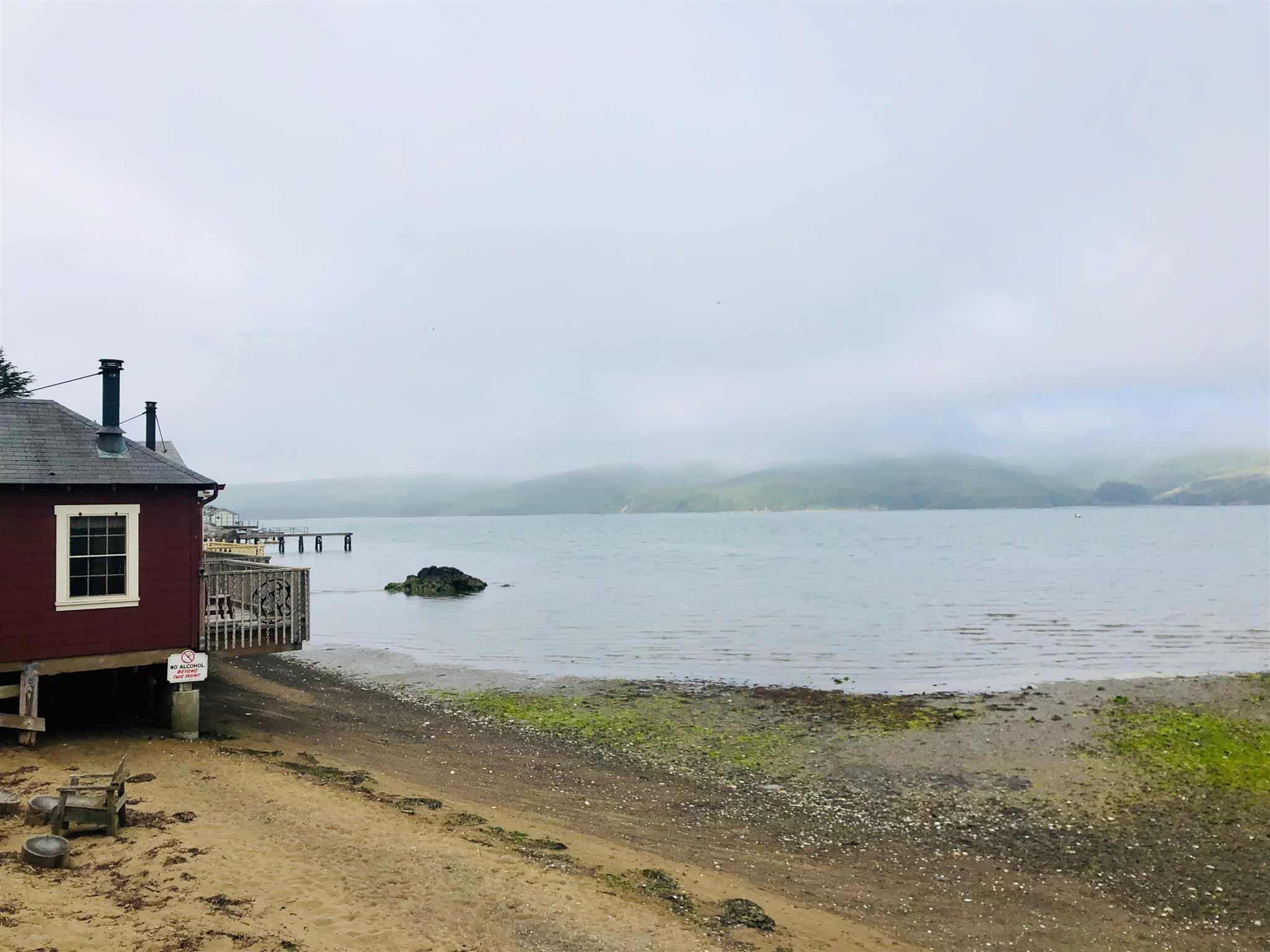 Marimar is one such example. As the sommelier explained while preparing our private tasting, they have found transplanting to be particularly successful with certain pinot noir clones [ed. note: every American pinot noir grape comes from the clone of one of 40 French vines].

But we had not come to taste the pinot noir (though we eventually did and can report that it is excellent). We had instead come to taste the very wine the sommelier happened to be pouring: the signature unoaked Chardonnay, fermented in stainless steel... a “must-taste” if you visit Sonoma.

C noted the honeysuckle, with perhaps a hint of fruit. The sommelier smiled.

In our own glass, the honeysuckle appeared to have run off – likely with the fruit – leaving a strange flavor we had never yet encountered in wine: pork rind.

We struggled for a moment for the appropriate euphemism before simply blurting it out. From the look on the face of the sommelier, we may as well have killed her cat.

Had our taste buds up and quit? Were we having a stroke? We took another sip...still pork rind.

The cause, as we soon found out, was the ice cream we had pulled over to try about an hour or so earlier...

...which brings us to an important lesson about food pairing and wine: it’s not just about selecting the “right” dish for your wine, it’s about avoiding a dish that will absolutely ruin your wine.

For instance, award winning wine author Madeline Pukette once compared the mixture of Cab Sauv and caviar to “drinking canned grape juice in a swamp.”

But some of the worst pairings come down to two elements: sugar and acidity. You might enjoy a lemon cake or, perhaps a sherbet on a hot day... a touch of the tart and sweet... but you wouldn’t take, say, vanilla ice cream and pour lemonade all over it.

That’s the general effect of ice cream on a crisp, acidic white wine. You’re better off sticking with a small portion of sugary, dessert wine.

Thankfully, if you have ruined your palate with such a pairing, there are ways to recover. Each sommelier will have his own opinions – some swear by a slice of pineapple, others by a banana, and one even suggests having a beer! In our case, a tall glass of sparkling water did the trick and we were back to tasting. We are pleased to report that the unoaked “Acero” Chardonnay was exactly as advertised... crisp... fruity and floral... a great choice for summer especially if buttery and oaky white wines are not for you…

A quick reminder: You can catch up on all of Julien Miquel’s weekly tastings by clicking here...

Oh and before you leave, we need your help: did you have a favorite from your Argentine collection? A least favorite? Simply click here to let us know...