Pinot Noir – more so than Syrah or Cabernet Sauvignon – is genetically unstable and far more susceptible to genetic mutation than other vines. The result is that when Pinot Noir is allowed replicate naturally – with two vines each contributing genetic material to form a new baby vine – hundreds of varieties can emerge in a single area, making for unpredictable flavors and yields.

Today, nary a bottle of California Pinot Noir does NOT come from cloned vines. Some wineries have even begun to indicate the precise clone used – typically a Pommard or Dijon 115, the clone behind many an award-winning Pinot Noir. 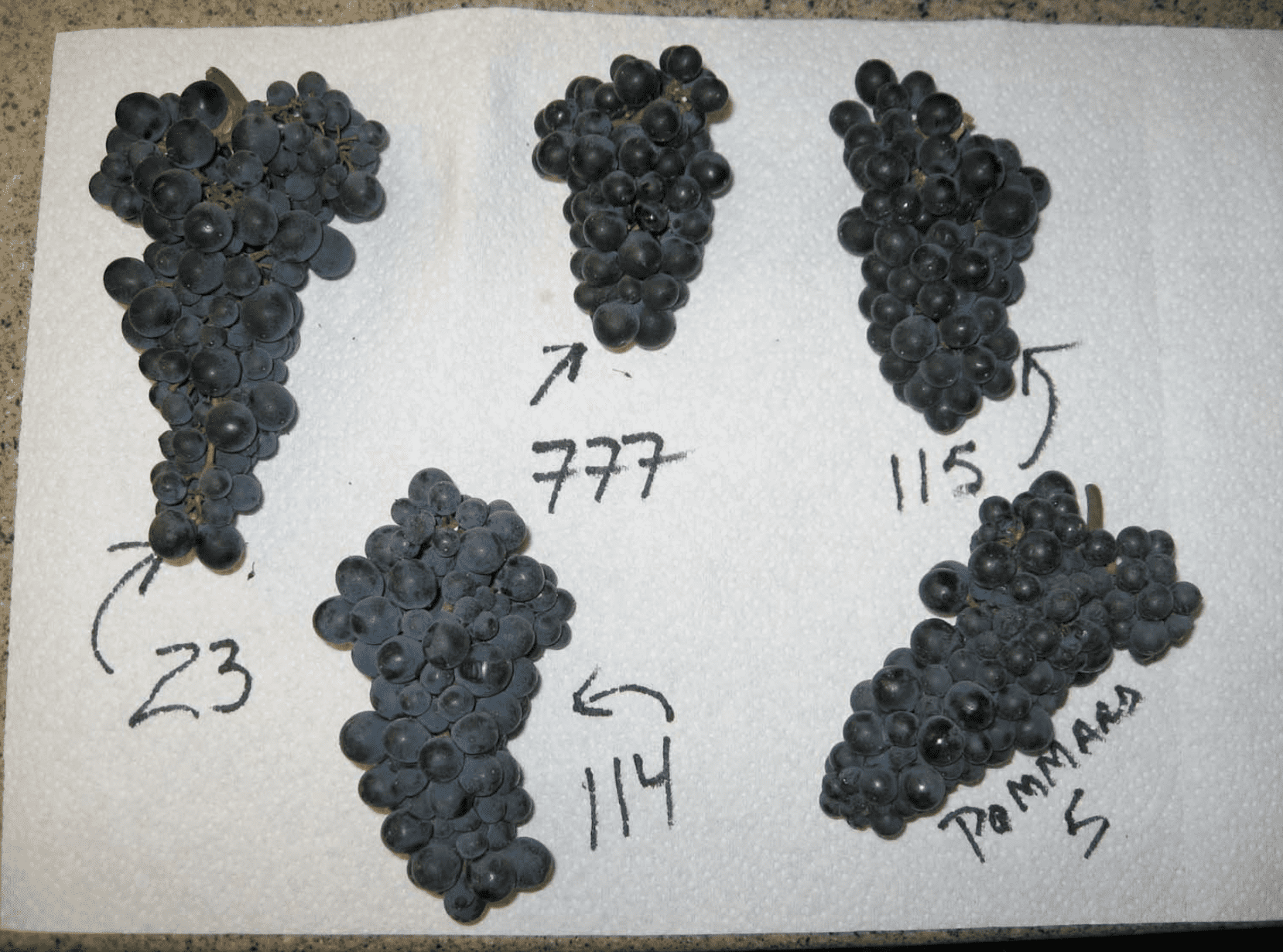 Of course, it wasn’t long before someone had the bright idea of making illicit clones of Burgundy’s most celebrated vines. So-called “heritage” clones – also known as “suitcase” or “Samsonite” clones, began to surface as a way to replicate Burgundy’s best vintages here in the US. Be on the lookout whenever you see any of those words on a wine bottle (“clone 828” has also been used)... you may just be about to taste a bit of history.

That’s all for this week!