We still have a few cases of wines from our American Collection available (see inventory here).

If you need to refresh your memory on those wines, you can revisit Julien’s tasting videos for the collection. Simply click here.

As winemaking becomes ever more technical, selecting the right yeast becomes every bit as important as grape, plot, and oak vs. stainless steel. Whatever wine you’re trying to make, there’s a dried, commercial yeast ready to make it happen for you.

But wait, you say! Isn’t there already yeast on the grapes out in the vineyard?

That’s true. The individual grape is home to around 50,000 yeast particles, all waiting to gobble up the sugar inside. Crush a bunch of grapes in a bucket, let them sit for a time, and you’ll eventually find wine in there.

Longtime members of the Bonner Private Wine Partnership will be familiar with wines made from such “wild” or “indigenous” yeast – the Sunal Ilógico, Lamadrid, and Lagarde from Argentina; the Helen & Joey Pinot Noir from Australia; the Mahi Sauv Blanc from New Zealand; and, most recently, the El Jefe Tempranillo and Sojourn from our American Collection. 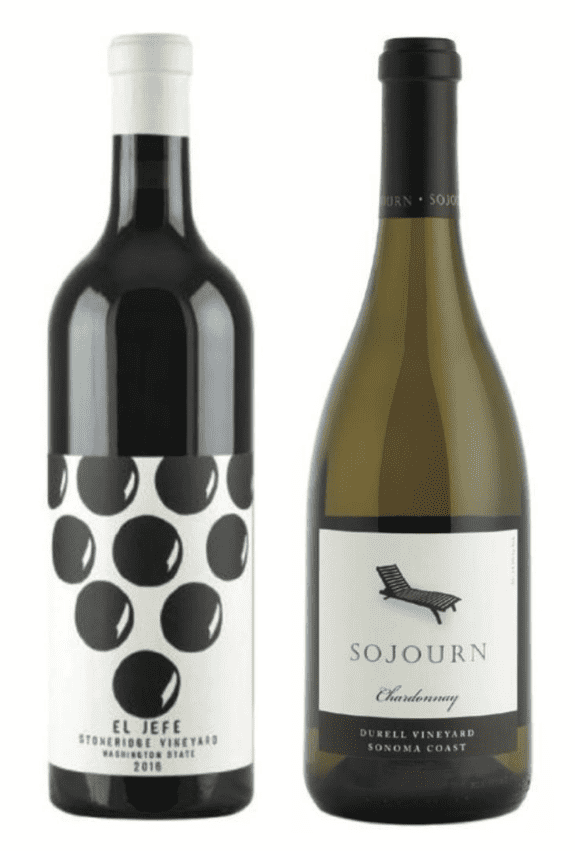 What we love about these wines is that they remain true to their terroir – choosing to embrace what makes it unique, rather than try to conform with whatever’s winning points from the critics that season.

Sadly, many larger producers don’t have that option. Instead, they “cheat” – picking yeasts engineered to produce a certain flavor or texture. One can hardly blame them. In a globalized and highly competitive wine market, relying on nature for any part of your production chain makes for a very nervous winemaker.

Although human beings have been making wine for at least eight thousand years, it wasn’t until 1863 that we learned how the grape juice actually becomes wine. Louis Pasteur was working to disprove the theory of spontaneous generation (an Aristotelian concept, wherein life was thought to just appear out of nowhere). He discovered the “respiration” process, wherein microscopic yeast bacteria eat sugar and produce alcohol.

Fittingly, when we treat grape must (crushed grapes) with yeast to begin the fermentation process, we say we are “inoculating” it.

The fermentation process typically proceeds thus: Crush the grapes, “inoculate” with dried yeast (Saccharomyces cerevisiae, similar to what a baker uses), then wait for the yeast to convert the natural sugars to alcohol, until the alcohol content itself kills the yeast. (Many winemakers then proceed to a secondary, malolactic fermentation; however, this does not involve yeast.)

In the case of “wild” or “indigenous” yeast wines, the process has a few more steps. The fermentation begins, not with Saccharomyces cerevisiae, but with other types of yeast present on the grape skin. This is where the wild yeast winemaker takes his biggest gamble. Depending on the exact composition of wild yeast – unique to every winery, and even every plot – the result will range from stunning to damp sock.

The non-Sacch yeasts are generally vulnerable to lower alcohol concentration, burning themselves out at the 3% to 4% mark. After that, Saccharomyces cerevisiae, also naturally present on the grape skin and now left alone without competitors, finishes the job.

The precise strain of Sacch yeast present on the grapes will be genetically unique to the locale, producing the much-desired sense of terroir. Out in more isolated corners of the wine world, the results can be especially compelling.

Some wild yeast winemakers don’t bother trying to control the process. For instance, there are wineries in Burgundy where, over centuries, certain types of wild yeast have become so pervasive that they naturally produce a highly consistent (and tasty) wine. This is known as “permanent inoculation.”

At younger wineries, winemakers have a few other options. They can “stun” the non-Sacch yeast by introducing a little sulfur into the must. They can also blend in a small amount of commercial yeast to give the wild Sacch a boost over its competitors.

Another method – known as pied de cuve – involves picking a small batch of grapes early, letting them ferment to form a “starter” (just like with sourdough), then adding it to the must after the full harvest, jumpstarting the Sacch fermentation phase.

The name of the game is reigning in the non-Sacch early fermentation, while allowing the wild Sacch bacteria – found nowhere else but on that plot of land – to create a highly unique wine with deep textures and great flavor.

Just as with every single other element of the winemaking process, the matter of yeast has drawn its battle lines. Even critics and small-batch fans can’t agree.

P.S. Want more bottles of wild-yeast El Jefe or Sojourn? We have a few cases from our American Collection available. Members in good standing get up to 20% off. However, supplies are going fast. Click here to see the inventory.