What we drank on Easter… and our big mistake

This week, we debrief on our Easter wine selections.

Last year, we broke our Lenten vows with a Partnership wine: the 2016 Télégramme Châteauneuf-du-Pape from our 2019 French Collection.

We had meant to keep it cellared, but after two months of lockdown, we were no match for the promise of a hand-harvested, unfiltered red with notes of wild fruit and herbs.

This year, we stayed in France, but opted for two wines not yet a part of our cellar.

A St Joseph and a Cahors Malbec (one of the original sites of old French malbec production).

We also made a huge mistake.

More on that in a moment. But first, how to be your own sommelier…

This week, resident expert Julien Miquel discusses pairing wine with chicken… with suggestions for whites to compliment simple, spicy, or sweet dishes… when you really need to go for red (and why)… and a surprising case for rosé…

What we drank on Easter… and our big mistake (continued)

We started with the St Joseph – a 2017 from E. Guigal, one of the best producers of the Northern Rhône. 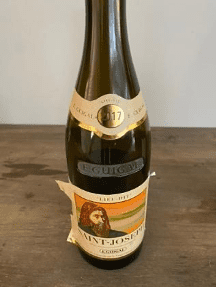 The Northern Rhône is a hilly valley in the south of France. Vines there grow on terraces built into crumbling slopes of ancient granite and slate. The rock absorbs heat during the bright, southern days, with Le Mistral (an icy wind, the name of which derives from an old patois word for “master”), providing a cool counterpoint for the vines. Drainage, as you might imagine, is excellent.

St. Joseph is located somewhere in the middle of the region, across the Rhône river from the somewhat more famous Hermitage appellation. Producer E. Guigal has vineyards in both, as well as in the Côte-Rôtie appellation slightly to the north.

Critic Karen MacNeil credits the Côte-Rôtie with making her realize she wanted to devote her life to wine.

While we can’t make an exact comparison, we can absolutely imagine someone having that experience with the St Joseph (syrah with up to 10% white grapes marsanne and roussanne). Paired with lamb and sliced potatoes, it was perfect – the kind of wine that lingers in the mouth, with a rich, velvety texture. Regal almost, but with a touch of shabby country manor.

There, we realized we had made a fatal mistake. 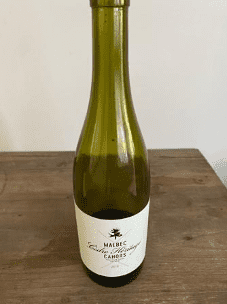 The extreme-altitude malbecs we typically deal in over at the Partnership are bold wines.

But on the heels of that fruit comes a roaring punch.

We had hoped for similar in the Cahors malbec. Sadly, we found only a thin layer of fruit, without much behind it.

For newer readers, Cahors in France, to the west of the Rhône, may be where malbec originated.

No one really knows.

During the middle ages, wine from Cahors had a strong brand in the name “black wine.” It was enjoyed by kings, popes, and tsars.

From there, according to myth, a M. Malbeck brought malbec vines to Bordeaux in the 1780s. Thus the name “malbec.”

A century later, the phylloxera blight killed off almost every malbec vine in Europe. A frost annihilated the few survivors several decades later.

Inspired by malbec’s success in Argentina, the French in Cahors have begun to experiment with planting it anew (though the exact variety of malbec may be a hybrid rather than the malbec of old, which is still susceptible to phylloxera).

Our guess is that over the last few centuries, the knowhow for malbec in France, along with the best plots for its cultivation, have disappeared.

Tasting the Cahors again the next day, we found it perfectly pleasant, though still unimpressively thin. Starting our meal with it, then going for a big finish with the St Joseph, would have been the far better plan.

With that, we’d like to ask: What was your Easter (or Passover) wine selection? Any discoveries? Let us know!