Update from the Argentine Harvest

It looks to be a warm week in the Calchaquí Valley. One last burst before winter. Up at the higher elevations (8,000 feet and above), the winds of winter have already begun to arrive – blowing away the oxygen, so the locals say.

Thankfully, the harvests are all done (aside from a few parcels of bonarda far to the south, at much lower elevations, near Mendoza).

But it was a near-run thing, capping what has been one of the stranger years for Argentine wine production.

More on that later... But first, a must-see video for anyone who has ever been overwhelmed by a long restaurant wine list… This week, Julien moves beyond the basic categories of red, white, and rosé...for a crash course on the nine wine sub-styles... how they are made (e.g. what makes the New Zealand sauvignon blanc so much zingier than the sweet Moscato?)… and how to serve each (should it be chilled, decanted, red meat, fish?)… The next time you order a bottle, you’ll get exactly what you want…

Update from the Argentine Harvest  (continued)

As winemaker Julien Miquel reported when he visited the Calchaquí Valley last December, 2019 was a bumper year.

For starters, it rained (a rarity in the bone-dry Calchaquí, where entire years can pass with barely four inches of rain falling). 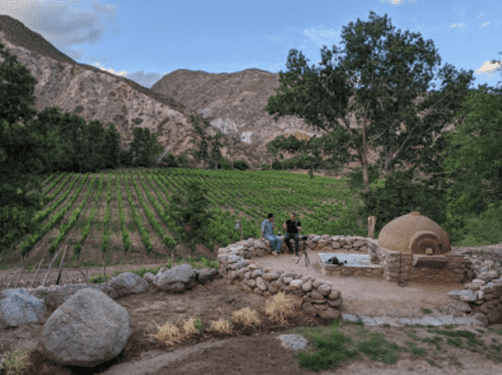 Julien noted: “The vegetation is surprisingly green. Plenty of plump, green bunches already on the vine. The 2020 vintage is looking very favorable.” 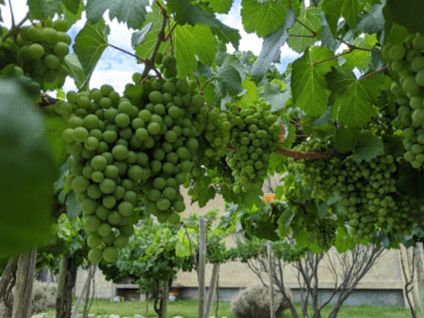 An hour or so down the road, at the bottom of a deep, narrow valley... winemaker Raúl Dávalos reported a similarly favorable view.

(Dávalos is the winemaker behind our own Tacana and Mayuco. His family has been making wine in these remote valleys for generations. They were the first to haul vines over from Europe and across the Andes mountains nearly two hundred years ago.)

But prospects for the harvest took a sharp turn with the arrival of the coronavirus in Buenos Aires on March 3. On March 21, the country went into strict lockdown.

Farm businesses – bodegas among them – have been allowed to stay open. Those who work on them have been allowed to circulate (the rest of Argentina’s denizens are rarely allowed outside). In Mendoza, where the roads are paved, the harvest was able to proceed in a slow but orderly fashion, with workers standing six feet apart.

In the Calchaquí, harvest workers, though technically free to move about, were, in actuality, prevented from reaching the more remote vineyards. The wetter-than-usual summer had washed out the roads. Unlike farm workers, road repair crews are not deemed essential.

Weeks went by. The extreme-altitude vineyards of Colomé, Luracatao, Gualfin, and Tacuil (among others) struggled to get the government to send out repair crews to clear the roads. Finally, realizing that no help was coming, they pooled every backhoe and tractor they had... and went to clear the roads themselves.

By the time the grape-pickers arrived at Gualfin, a third of the grapes were lost. Yet, the remaining two-thirds (20,000 kilos), nutrient and sugar-rich after the additional time on the vine, should produce a true powerhouse of a 2020 vintage. The extra sugar will convert into alcohol; the extra nutrients should produce a dark coloring, a generous mouthfeel, and a complex texture.

But the 2020 won’t just be one to watch for the Calchaquí. It was a strange year for all of Argentina. The rare summer rains of the Northwest did not extend down to Mendoza, where blistering heat and low rainfall resulted in a reduced yield and an early harvest.

However, the challenge is far from over. There remains the matter of selling the wine itself. As Colomé founder Don Hess once remarked: “A smart man can make a great wine. But it takes a genius to sell it.”

The world’s two largest wine conferences – Germany’s ProWein and Italy’s Vinitaly – were both cancelled this year. Restaurant orders have collapsed – some restaurateurs have begun to sell off their expensive cellars to generate cash flow.

For the larger producers, the global slowdown feels ominous. For the small winemakers of the Calchaquí, balancing on a razor’s edge is just a way of life.