The 3rd Highest Vineyard in the World

We began last week with the question of what differentiates “extreme altitude” from “high altitude” wine. We ended with a tour of Argentina’s Calchaquí Valley, passing Colomé (home of Altura Maxima, formerly the highest wine in the world), Gualfin (home of our Tacana malbec), and Raúl Dávalos’ Tacuil (where Tacana and Mayuco are made). 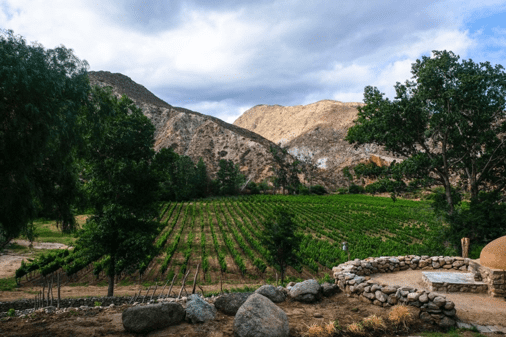 We have one last stop to make. If you’ve enjoyed Sunal Ilógico, this is for you.

But first, why do winemakers (and you) pay a premium for French oak? This week, resident wine expert Julien Miquel talks oak… including why American oak is so much cheaper... how French oak became the standard… and the surprising reason it might not matter at all…

The 3rd Highest Vineyard in the World (continued)

From Tacuil, the Calchaquí Valley continues northward towards the snowcapped Cachi mountain range (maximum 20,000 ft). Right at its base, you reach the third-highest vineyard in the world: Luracatao (8,950 ft.)

Hidden wine valleys of the Calchaquí - Courtesy of Google Earth

The higher the altitude, the lower the grape yield. Technically, the world’s highest vineyard sits at around 11,000 feet – in Tibet. As far as we know, it has yet to produce a drinkable bottle of wine.

Fortunately for Luracatao, its 8,950-foot-high vineyard sits on a northern-facing slope (the sunny side in the Southern Hemisphere), covered in barren rock. With no cloud cover, the rock soaks up heat from the UV light coming through the thin atmosphere every day. At night, as temperatures drop 77 degrees, the rocks release the stored heat – a primitive form of solar power.

In the human body, altitude sickness doesn’t typically develop until 7,000 to 8,000 feet altitude. For vines, the process is about the same (typically, we call vineyards “extreme” at about 6,000 feet altitude). And just as the human body eventually adapts (with plenty of benefits to both the heart and the brain), so, too, does the vine.

In purely commercial terms, this is not a desirable adaptation. Grape yield falls to about one-third that of lower-altitude vineyards. In the Calchaquí, the lower yield is further compounded by the lack of paved roads; not only are you producing fewer grapes, but getting them anywhere is near impossible.

The silver lining is that each grape is far more valuable. First, the temperature swings lead to a slower maturation process. The grape has plenty of time to absorb the surrounding environment – its nutrients, its complexity, its flavors. Because the grape goes into hibernation at night, it expends less of those nutrients to stay alive, resulting in more left over at harvest time.

Aiding that build-up of nutrients in the grape is the thin atmosphere. The plants are starved of carbon dioxide, slowing down their internal processes. Added to that, the atmosphere absorbs less UV light, allowing the plants to get bombarded by UV rays 80% more intense than those in Bordeaux. The combination causes a build-up in the grape of round tannins, anthocyanin, and the longevity-booster resveratrol.

We recently had some of our extreme-altitude wines tested against some common supermarket wines. All tested higher, with the top two spots going to our Tacana Reserva (7x the levels of resveratrol) and Sunal (a whopping 10x).

Resveratrol is commonly called an antioxidant. But its antioxidant effect is actually not much better than other antioxidants found in other foods. As we’ve written about before, the true benefit of resveratrol comes from its effect on what’s known as the sirtuin pathway.

One of the three dominant longevity pathways common to most animals and plants, the sirtuin pathway is what produces the well-documented longevity effect associated with fasting. When grapevines are subjected to privation at high altitude, their sirtuin engages, flooding the grapes with resveratrol. When you drink the resulting red wine, the resveratrol passes into your body, activating the sirtuin pathway.

Effectively, the resilience of the plant – hard-won after years in the wilderness – is passed on to you! Your body quite literally experiences what it is to live on the open range 5,000 miles away, at nearly 9,000 feet above sea level.

But extreme-altitude wine is as prized for what’s not in it as what is. Here, both altitude and isolation play a part. The higher and drier you go, the less pests and fungi you get. If mankind can barely survive the Calchaquí, neither can a lot of bugs or wet-loving fungi. Thus, the intensity of pesticide and herbicide use is much lower here than in wet regions like Bordeaux.

For instance, our Tacana wine is biodynamic, not out of fashion, but simply because that’s the best way to make it. Lest you think that chemical exposure in the vineyard is not a serious matter, consider the 2013 study from France that found traces of pesticides in 90% of wines sold in supermarkets. Or the study that found the weed-killer (and carcinogen) glyphosate in 10 out of 10 Californian wines tested.

The isolation and ruggedness of the territory in the Calchaquí also keep large industrial harvesters out of the area – no coating everything in carbon monoxide, nor ending up with a must full of twigs and bugs, necessitating a flavor-killing beating in a centrifuge for the grape juice.

Above all, the winemakers of the Calchaquí have a deep appreciation for terroir-driven flavor. After all, if you’re trying to make an average wine that won’t offend anyone, you can do it far cheaper somewhere else. Instead, the winemakers here lean in to their environment, foregoing a lot of the winery tricks (dyes, extracts, acids, filtering, sugar, etc.) so common elsewhere.

In fact, in the lab test we alluded to earlier, in which we pitted our extreme-altitude wines against a selection of common supermarket wines, we found that the extreme-altitude malbecs had up to 99% less residual sugar.

While we won’t go so far as to say alcohol is healthy, if you’re going to drink wine anyway, why not choose more of the good stuff (resveratrol, anthocyanin, tannin), and less of the bad stuff (additives, sugar, etc.)?

Next week, we’ll do a deeper dive on the winemaker behind Tacana and Mayuco – the legendary Raúl Dávalos.