Nowhere else in Europe do the echoes of the ancient and medieval ages still reverberate so clearly as in the valleys and plains of northern Spain.

In the cellars of Berceo, the oldest winery in the town of Haro, you find the old tunnels of Haro Castle, razed in the 15th century by Sancho IV of Castille, after the local lord threw in his lot with Sancho’s traitorous brother.

The winery of Larrainzar, in Navarra, lies alongside a ruined monastery and 150-year-old tempranillo vines on an old, medieval pilgrim’s route to the shrine thought to contain the bones of the apostle St. James the Great.

In the 16th and 17th centuries, Swedish and English traders exported wine from Valencia throughout Europe. The region’s fortunes faded as the coast came under attack from Barbary pirates.

Today, however, Valencian wine is coming back to life under the Alicante label, where one finds delicious petit verdots, with forest floor noses and fat tannins.

And there’s so much more to discover. This week, we give you a (far too) quick sneak peek at our upcoming Spanish Collection – old vines, crumbing castles, and rich wines.

More on that in a moment. But first… What’s wrong with a riesling from Chateauneuf-du-Pape?

This week, Julien talks “typicity”... or, what makes a wine authentic (or not) to its area… the devastating “Parkerization” effect in the 90s… how regional variety led the current wine boom… and how the Partnership uses typicity to select your wines…

We begin our venture 18 miles from the French border in northern Spain, in the region of Navarra (Navarre, as it is known in France). 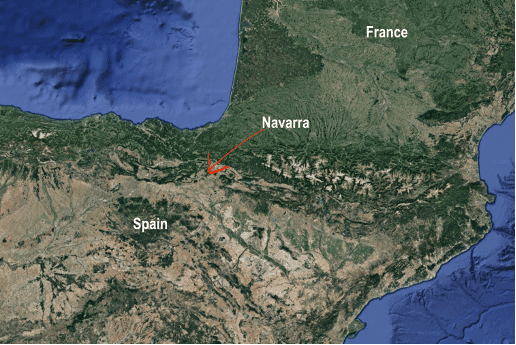 Every year there, in the town of Pamplona, a group of angry bulls tries to run down a bunch of Spaniards in white and red. The challenge is held to honor St. Fermin – a third-century local, who went north to convert the Gauls, and was in turn beheaded. (The connection to bulls comes, tendentiously, through Saturnin, the man who baptized Fermin and was later martyred by having his feet tied to a bull and dragged to death.)

Follow the Ebro River out of town to the south and you’ll find the vineyards, hidden away in little valleys, with soils of gravel and clay. As we mentioned earlier, Navarra has a strong French influence. To some extent, it is Spain’s “little Bordeaux.” One of the wines in our upcoming collection (2x gold medal winner, single estate, red cherry with a woody finish) traces its origins back to the very first Bordeaux-style winery founded in Navarra, in the 1840s (their wine cellar, dubbed the Wine Cathedral, is truly something to behold). 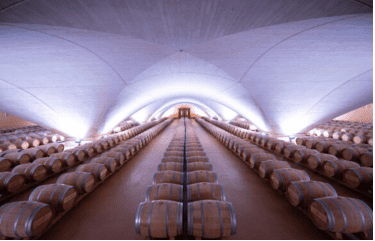 The second Navarra in our collection (and the only official DO Navarra) comes from a 150-year-old vineyard next to a monastery there, on the banks of the Ebro. It’s a “reserva,” which, in Navarra, often means that it tastes like a Rioja. In the 2013 we sourced, however, you’ll find classic French grapes (cab sauv and merlot) mixed in with the tempranillo and grenache. Thus, the tempranillo cherry recedes in favor of a Bordeaux plum, plus a dark chocolate background. It’s just now beginning to hit its peak, but should continue to develop over the next five years, too.

Follow the Ebro farther south and you leave Navarra, for Rioja. Specifically, the town of Haro... which, in our humble opinion, is one of the greatest wine towns in the world (along with Cafayate, Argentina).

A Word on Spanish Classifications (what fun!)

Before we continue, a word on Spanish classifications (IGP, VC, DO, DOCa, and Pago).

The most exclusive is the Pago, or single estate classification. That means your estate is of such unique quality that it is without peer (only 19 exist, one of which you’ll find in our collection).

The least exclusive is the IGP. IGP is broad, like the Italian IGT, and is often used for table wines. However, some of the most exacting, legendary Spanish winemakers release under the IGP classification (especially true in Castilla y León… more on that later).

Between the two sits the denominacion de origen, the mainstay, like AOC in France. Most Spanish wineries fall under a DO.

Wedged between the IGP and DO is the Vino de Calidad. It doesn’t meet the requirements of a DO classification (wrong grape mix, alternative winemaking methods, slightly out of the boundaries – seldom a quality issue), but it is recognized as being better than an IGP.

Finally, there is a sort of “DO+”, the DOCa. There are only two of these: Rioja and Priorat. Essentially, it’s the Spanish protecting the quality, and therefore the brand, of the two jewels in their wine crown, Rioja foremost.

But what makes Rioja so special anyway?

More on that next time...