Sauv Blanc from the Fault Zone

No weekly video from Julien this week as he has been hard at work preparing the tasting video for our Australia/New Zealand collection. If you haven’t seen it yet, be sure to check it out here…

Well, we missed out on a big family gathering this Easter. No children scampering about merrily with baskets.

Still, we had given up alcohol for Lent (save for the odd taste strictly for work purposes)… and we sure weren’t going to let a little isolation stop us popping some corks.

We debated between a cooler pinot noir (our Australian venture left us inspired) and a sharper malbec for the main event. C.’s lamb shoulder begged for the latter, while the warming weather pulled for the former.

We split the difference and finally settled on the bottle of Télégramme we had left over from our end-of-2019 French shipment. 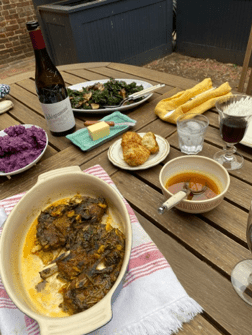 For the apéro, however, C. suggested a lighter vintage – something to pair with saucisson, sliced pear, and a sharp, soft cheddar.

She returned from our cellar with a dusty bottle in hand. No wonder – the label had the words “Napa” and “chardonnay” written on it. We began to protest.

“This is from Mount Veeder,” C. explained. “It’s a mountain ridge crunched between Napa and Sonoma. Higher elevation. It’s not one of those creamy Jordan clones you can’t stand.” 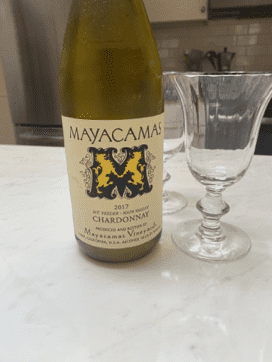 Sure enough, she was right. The Mayacamas Chardonnay was altogether unlike any chardonnay we’d ever suffered through.

There was oak, of course. But just a smidge. The rest was vibrant, energetic. Sitting outside with a glass, you imagine the clean, dry air up on top of Mount Veeder where the grapes grow.

“This almost reminds me of the Mahi…”

The Mahi, as most of you will soon find out, is a sauv blanc from New Zealand. (We’re including a bottle in our next collection – it’s shipping out this week.)

For a white wine… any comparison to Mahi constitutes praise of the highest order.

According to critic Karen MacNeil: “New Zealand sauvignon blancs have no parallel anywhere in the world.”

Mahi will make you a believer.

The first European encounter with New Zealand’s native Māoris in 1642 was reportedly so terrifying that westerners didn’t return until over a century later… with Captain Cook in 1769.

Beneath its emerald-green hills and jagged peaks lies the Alpine Fault, one of the most active fault lines in the world.

Every few thousand years, it produces a catastrophic earthquake. It was one such quake that created the steep hill where Mahi owner Brian Brickwell grows grapes.

Estimates have it that the area, the Wairau Valley, is due for another big quake soon.

Perhaps that explains why over 400 European winemakers apply to come make a vintage at Mahi every year. Every additional year is a gift. (Brian accepts no more than seven.)

Brian is undaunted (perhaps justifiably, as it could happen tomorrow or in a thousand years, no one knows), choosing to spend his time worrying – almost obsessively – about the exact composition of his newest vintage. 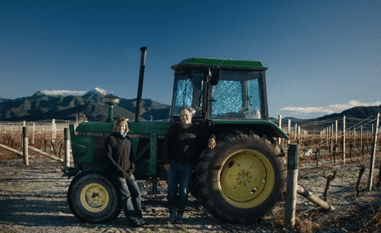 At the Mahi vineyard

No two Mahi years contain the exact same mixture of parcels. The one constant is Brian’s hands-off approach: using indigenous yeast (i.e. yeast already present on the grape skins), wild in-barrel fermentation, and extreme attention to limiting the juice’s exposure to its skins (so as to avoid the bitterness that one occasionally finds in lesser NZ sauv blancs).

A lot of white wines fall on a spectrum between cloying and unsatisfying. Mahi is that rare vintage that avoids both. A wine with pep and zing that doesn’t just vanish the second you swallow. Be sure and let us know what you think when you get to taste it yourself…

P.S. If you haven’t seen Julien Miquel’s tasting video for the Australia/New Zealand collection (including the aforementioned Mahi), you can do so here...