The earliest known record of people playing chess (or chess as we know it, at least) comes from Valencia, on Spain’s Mediterranean coast, in the 15th century.

At that point, Valencia was the largest city in the Kingdom of Aragon (proto-Spain) and one of the largest in Europe. A few hundred years before, James I of Aragon had driven out the Moors. He had then largely left the new Kingdom of Valencia to govern itself. After a brief bout of Black Plague, Valencia was ready for a golden age.

Valencians not busy playing chess traded with their Genoese neighbors across the water, made silk, and produced a sweet wine that became a sensation throughout Europe. (Sweet wines, with their high sugar and alcohol content, travel well.)

And then, the pirates came.

More on that in a moment. But first, don’t open a bottle of wine without watching the video below.

This week, Julien Miquel answers that pressing question: Why are there so many different types of corkscrews? And which one should you use? Julien certainly has strong feelings on the issue. So did we after learning that one common type of corkscrew (which we own) actually destroys the cork…

After the death of Ferdinand II (sponsor, after an appeal from his wife Isabella, of Christopher Columbus), the Kingdom of Aragon’s clout declined. Pirates from North Africa’s Barbary Coast (modern day Morocco) began raiding the rich Valencian coast. Traders stayed away. And Valencia withered on the vine. 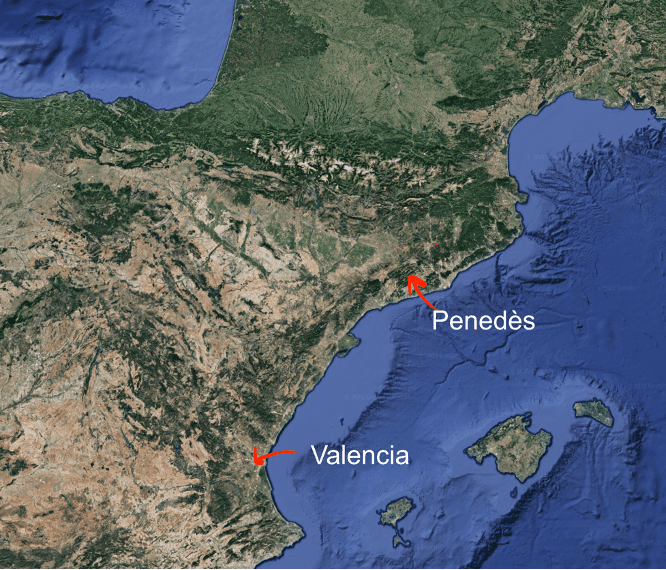 The sweet wine has mostly faded from prominence as well, though sweet muscat grapes still grow in the south, in what is now technically the DOP Alicante.

It was in Alicante that we found the petit verdot for our Spanish Collection – limited production, 2,280 bottles only. In Bordeaux, verdot’s more of a mixing grape. And it’s not terribly common in Spain.

The grape is also finicky to grow. But in Alicante’s poor soil, with just enough moisture coming off the Mediterranean to counter the heat, “petit” verdot transforms into a big, roaring brute. The nose is feral forest floor, wild berries, and stone. Fat tannins and rich fruit in the maw. The kind of wine a pirate (or a king) might drink. For some, it might be a wine best locked away in the cellar to mellow for a few more years.