***
Julien’s busy preparing the tasting video for our new collection of wines. So no new video this week. But if you missed it, be sure to check out his explanation of “body” in wine. Medium-body, full-body... What do these terms mean? And why are they so important when you’re trying to describe the kind of wine you’re looking for in a shop or restaurant? See Julien’s explanation here.

In Northern Sardinia, one finds olive groves in lieu of hospitals, mutton served in lieu of vegan dishes, and approximately zero yoga studios.

Yet, this little patch of land in the Tyrrhenian Sea off the coast of Italy has more centenarians (people over 100) than anywhere else in the world. It is a leader among so-called “Blue Zones,” as researcher Dan Buettner described hot spots with abnormally long-lived populations.

More interesting still, the ratio of male to female centenarians on Sardinia is one to one, compared to five women for every male centenarian in other Blue Zones. The Sardinians themselves ascribe their advantage to clean air, making love every Sunday afternoon, and – most importantly – a local wine known as cannonau.

Sardinia is known as a “micro-continent,” complete with sandy beaches, mountains, plains, a vast (by island standards) uninhabited interior, and a lost civilization.

Evidence of the latter can be found in the crumbling stone towers scattered throughout the island.

The base of a ruined Nuragic tower
Credit: Hans Hillewaert

Little is known about the “Nuragic” civilization that built them. Although they had the knowledge to build temples, giant statues, cities, and the aforementioned towers, they left behind no written records. The Romans guessed that they might have been refugees from Troy. Some modern scholars have linked them to ancient Israel. Others wonder whether they might have been the “Sea Peoples” – a mysterious seafaring group, that swept across the Mediterranean during the Bronze Age, destroying civilizations from Greece to Egypt. 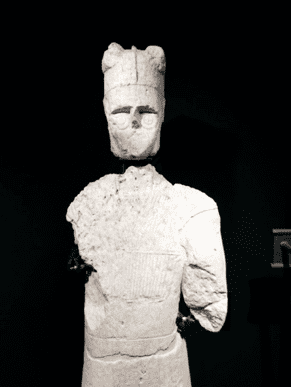 Today, their ruins stand like silent sentinels over flocks of sheep (source of some great local milk and cheese), cork trees, and, of course, vineyards. 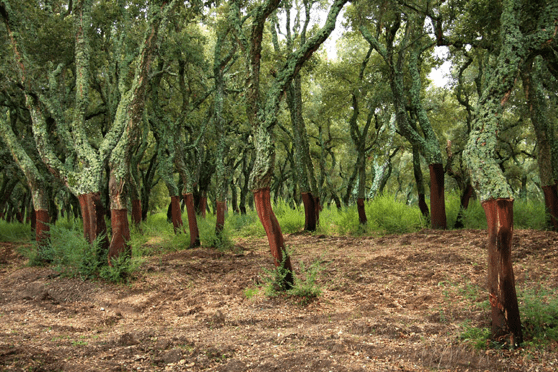 Grenache (“garnacha” in Spain) typically produces a lighter-colored red, with lots of red fruit, a dash of spice, and a bit of tobacco – nice for a snowy winter’s evening at your favorite Italian restaurant. Long-time Partnership members may remember tasting grenache in wines like the Gomez Cruzado Honorable 2015 or the Bodegas Manzanos Gran Reserva 2008 from our Spanish Collection (both mixed with a majority percentage of tempranillo). Or in the Télégramme Châteauneuf-du-Pape 2016 from our French Collection (80% grenache).

A good cannonau is not far off from a great Châteauneuf-du-Pape (in both cases, the best winemakers favor higher elevations). Yet cannonau comes with an additional benefit: high antioxidant levels that may, at least partly, explain the extreme lifespans so common on Sardinia.

We’ve written of wine’s health benefits many times before in this letter. The science, as far as we can tell, is there. Studies have found that (small) daily wine consumption lowers risk of dementia... risk of heart attack (and even lowers risk of a second heart attack in heart attack survivors)...  risk of colon cancer... The list goes on. Researchers in Israel found that adding red wine to your steak dinner actually makes it healthier (polyphenols in red wine help the gut destroy some potentially harmful substances released from red meat during digestion).

Yet few wines can boast as strong a correlation with longevity and anti-aging as high-elevation cannonau from the rocky slopes of Sardinia. We recently had the pleasure of trying a 2018 vintage from Vinicola Cherchi in the small town of Usini.

There, the vines grow at 200 meters (a relative high elevation, by Mediterranean standards), with lots of exposure to both the sun and sea breezes. The latter act as both a source of minerals and a type of natural pest control (via soil aeration), which means Cherchi’s wines can allow for more of the good stuff (polyphenols, nutrients) and less of the bad stuff (chemical residue).

The 2018 was picked in late September, at peak ripeness, then left to macerate on its skins for 10 days, soaking up as many tannins, polyphenols, and nutrients as possible. The result is a dry, spicy wine, with lots of ripe fruit (blackberry, quince, plum) and chaparral (an herbaceous element unique to wines from the Mediterranean islands – similar to garrigue in southern French wines).

Delicious and healthy... we’ve decided to make this bottle of 2018 cannonau part of our upcoming Mediterranean collection. Stay tuned for more...