How Old, Exactly, Is Wine?

“Absolutely heaven” says Julien Miquel about our nero d’Avola. Click here to watch his tasting video for our Mediterranean Collection...

Our forthcoming Mediterranean Collection has some of the oldest vines and varietals we’ve ever sourced. From Santorini’s assyrtiko – one of Europe’s last vines not grafted onto American rootstocks – to nero d’Avolavines growing in the 3,000-year-old albarello style, to King Agamemnon’s favorite wine, agiorgitiko.

Agamemnon lived, if indeed he lived at all, some time in the 11th or 12th century B.C., making agiorgitiko cultivation on the Peloponnesian peninsula at least 3,200 years old. But in the historical scheme, might that be young? This week, we ask, “How old, exactly, is wine?”

More on that in a moment... But first, will you be taking notes when you taste our Mediterranean Collection? This week, resident wine expert Julien Miquel shows us how to take proper tasting notes… everything you should mark down (without writing a novel)… why keeping notes is so helpful… plus some useful phone apps if pen & paper isn’t your style...

Long before man learned to write or plant crops, he scrambled up trees to pick grapes and berries. At some point, he noticed not only that something funny happened to the juices left behind in his containers after a few days, but also that drinking it was a really good time.

And so “happy hour” was born.

Yet, it wasn’t until the Agricultural Revolution in 10000 B.C. that wine production became a controlled process. Wild vitis vinifera grapes grew in the Fertile Crescent, extending north as far as Georgia on the eastern shore of the Black Sea. 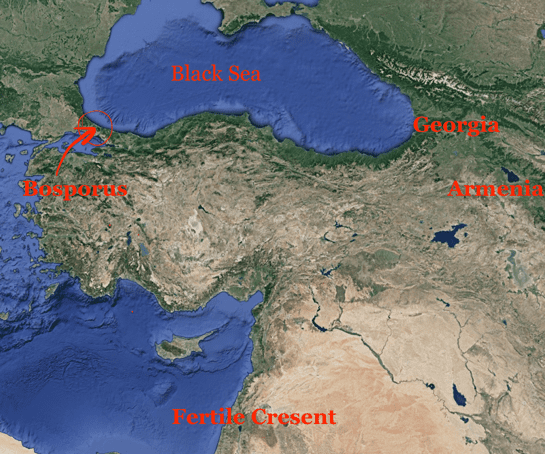 The birthplace of wine

The earliest archaeological evidence for winemaking is commonly attributed to Georgia and dated to 6000 B.C. (back when Florida was still under water). There, wines were fermented in giant clay vessels, called kvevri, that were then buried in the ground. (Still in use today, kvevri are handmade using techniques passed down through artisan families over many generations.) 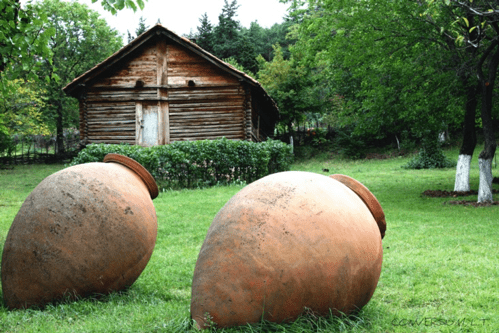 Challenging the Georgian claim are the Chinese, who cite evidence of rice and fruit wine dating back to 7000 B.C. You can split the difference by giving Georgia credit for the earliest vitis vinifera winemaking, whereas China’s early winemakers used wild mountain grapes of a different species.

Either way, the Eastern Europeans (or, more accurately, Trans-Caucasians) can still lay claim to the oldest winery, discovered in a cave in Armenia and dated to 4100 B.C., complete with a wine press, fermentation vats, jars, and cups (as well as the world’s oldest shoe - a woman’s size 7 in leather). 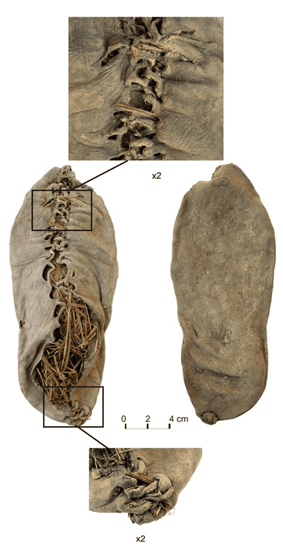 Given the relative sophistication of the site’s equipment, it is likely that winemaking had been going on there for some time. That would make sense, as winemaking crossed the Bosporus over to Greece at least four hundred years earlier, in 4500 B.C.

The Greeks borrowed the Persian practice of adding the natural preservative retsina – a turpentine resin made from Aleppo pine trees – to their wine. Even after Roman barrels made the practice obsolete, the Greeks, having acquired a taste for it, continued making pine resin wine, and still do today.

[Although we could not find a pine resin wine, now called retsina, that met the price and taste standards of our Mediterranean Collection, curious readers can sample an inexpensive retsina via Wine Searcher here.]

It was Greek colonists who likely brought winemaking to Italy, where Romans later created the template for the modern wine consumption we enjoy today. By standardizing the use of barrels, glass bottles, and added sulfur, Romans created a wine that got better with age. So prized became aged vintages that the Romans went so far as to “smoke” their wines to mimic the effects of aging.

The merits of the Roman wine bottle have proven out with the discovery, in Germany, of the oldest bottle still containing wine. Known as the Speyer bottle, it dates from 325 A.D., when it belonged to a Roman nobleman brought north by Rome’s ever-expanding empire. 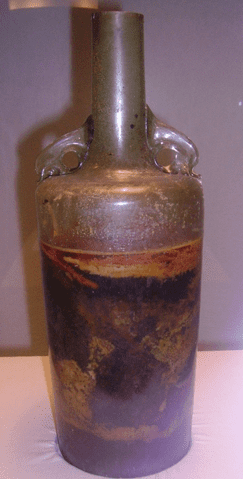 Not that we’d recommend drinking it, of course. But you can get a taste for wine’s millennia-old origins in our forthcoming collection from the Mediterranean islands – shipping now. (If you aren’t scheduled to receive this collection, you can always shoot us an email at contact@bonnerprivatewines.com.)