It’s one of the strangest appellations in all of Europe, a sort of French “Brigadoon” located on a misty ridge covered in razor-sharp, blue-grey rock… where flash floods wash away the roads nearly every year and the closest supermarket is hours away… where the men fight bulls (and race them, too) in week-long festivals of wine and sausage… where Roman ruins adjoin old stone castles… 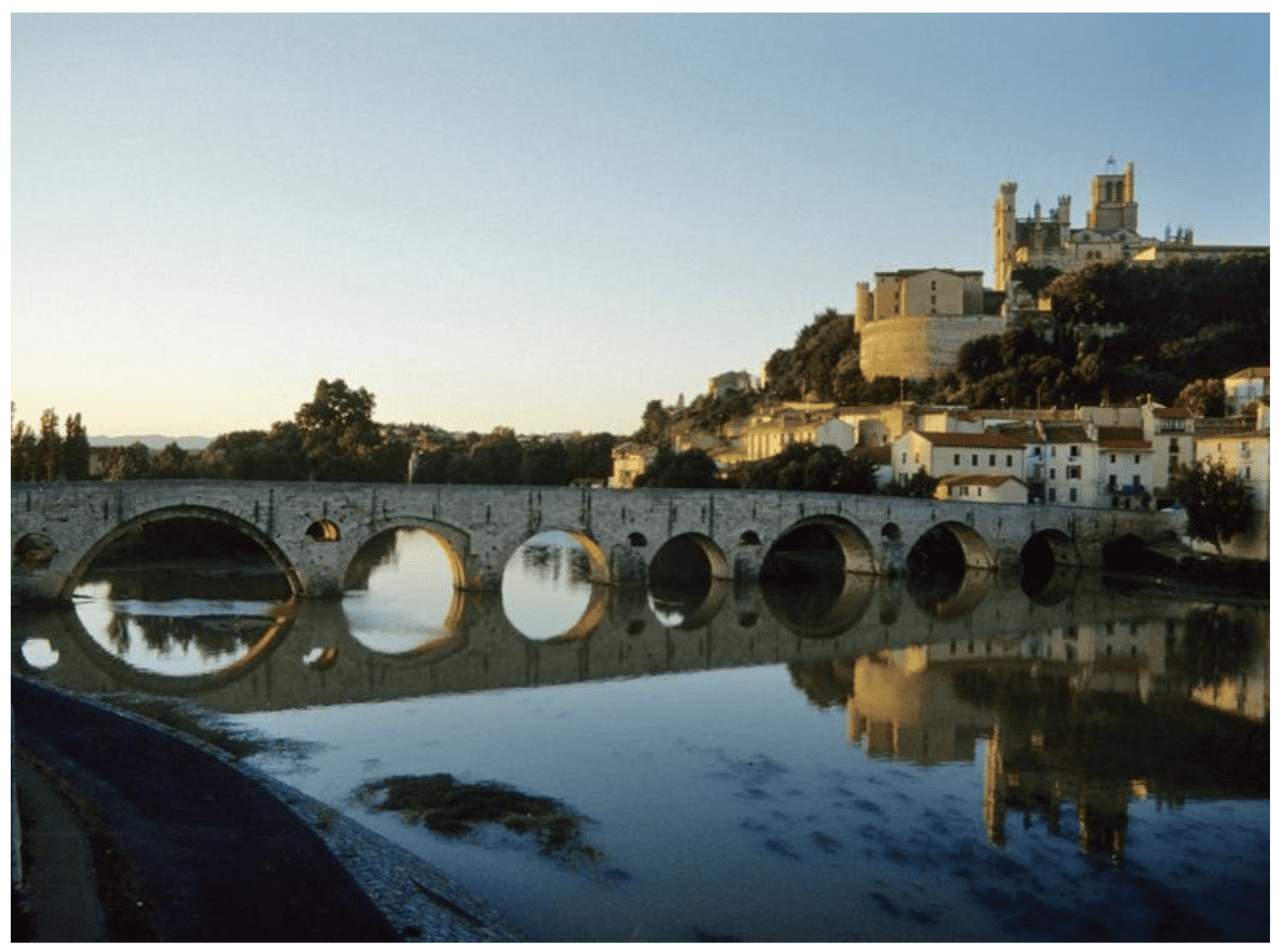 Even to the average Frenchman, the place remains a bit of a mystery. But as a wine lover, you should pay close attention to it.

More on that below… But first, this week, our resident wine expert, Julien Miquel, brings you the first in a two-part tour of France and its terroirs… His objective: to make you a French wine expert by the time your next collection of wines arrives…

In the Languedoc region, on the first ridge of the low Cévennes mountains facing the Mediterranean, is a town called Faugères.

People describe Faugères as a land of exiles, where one goes to disappear into a shale-roof cottage at the bottom of a misty valley or at the top of some barren, sunbaked ridge covered in razor-sharp schist rock. Given the difficulty of actually getting there, we can see the appeal.

Somehow, the TGV (literally, “very fast train”) that connects every town in France with the rest of Europe missed this area. So did the supermarket chains, evidently, which is why every little homestead has not only its own vegetable garden, but its own beehives, too.

Actually, the more time one spends here, the more one gets the feeling that the last 50 years missed this place entirely. A fine meal is mussels and sausage, washed down with a healthy ration of earthy, spicy wine. Entertainment consists of either fighting bulls or running in front of them. And, lest anyone get the bright idea of modernizing, yearly flash floods (a product of the poor, rocky soil) do their best to wash away any trace of man’s existence.

Fortunately, man proves himself equally stubborn and remains there still, toiling away on his garden, tending his bees, and, most importantly, his grapes.

Charter members of the Bonner Private Wine Partnership will remember that great wines come from grapes that get a bit of a challenge (or cling to the edge of survival, in the case of the Argentine wines). Faugères leans toward the “survivalist” school of grape-growing. Vines must penetrate deep down through slate and schist to find water and stay alive. (The rock, locals say, is what gives wine from here a slight note of black fruit.)

But what truly makes Faugères wine so fascinating is an aroma known as garrigue: a scent specific to France’s Mediterranean coast, with aromas of lavender, dried thyme, rosemary, and small brush. Close your eyes and it’s almost as if you’re there, walking among the dry brush and stone under a clear blue sky, with crickets chirping all about.

While Faugères is known for both red and white, we suggest a slightly different tack for getting to know the region: The Domaine Ollier-Taillefer Les Collines Rosé.

Rosé? Yes, rosé. And not that “millennial-pink” rosé crap either. This rosé is pale, like faded wallpaper. The wine is also organic (chemicals simply aren’t necessary at higher altitudes – Faugères is the highest in the area) and low alcohol (another benefit of the higher elevation).

But again, don’t let that fool you into thinking this is a semi-serious wine. The grapes are the traditional varieties for the region and all harvesting is done 100% by hand. The Ollier family has been out here making wine since 1910 (with the vines to prove it!).

A bottle of Domaine Ollier Rosé is a rare find in the U.S. As far as we know, no one else has the 2018 vintage.

But we’ve included a bottle in your French shipment, directly imported from the winery itself. You’ll have to let us know what you think.