Our recent foray into the Mediterranean Sea introduced us to two lesser-known types of vine pruning – Sicily’s albarellostyle (think little trees) and the koulouri (AKA “basket”) style favored on Santorini.

While most wine drinkers focus on grape and terroir, pruning style can drastically alter how those grapes respond to that terroir.

This week: a primer on vine training and why it matters.

But first, have you tried wine from Tahiti? This week, resident expert Julien Miquel takes us to 5 extraordinary winemaking hotspots… from tropical vineyards surrounded by coconut trees… to chilly northern locales averaging just 47 degrees… and everything in between!

Pruning vines is the process of telling the plant where to place its often scant resources.

Should it stay low to the ground, maximizing protection from the elements and soaking up heat from the earth?

Or should it grow high, like the pergola vines of Argentina’s Famatina Valley (readers familiar with Valle de la Puerta will know the region), thereby increasing airflow and reducing need for pesticides and herbicides. 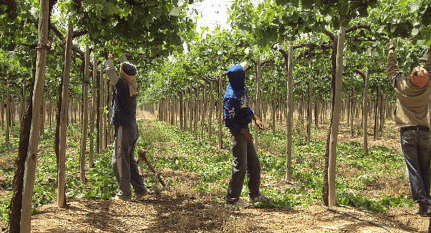 Either way, you start with one of two types of pruning technique: guyot and cordon.

Guyot, also known as cane pruning, is a style wherein the vine is trimmed back to its trunk on a yearly basis. Lignification – the development of hard bark – is kept to only the trunk. A single cane, or branch, is left in place to bear next year’s fruit. Choose wisely. Prune by hand and with great care.

Cordon, or spur pruning, is common in warmer regions and in old vine vineyards. Here, one or several canes are allowed to lignify. Each year, the vine is pruned back only to its spurs – the little stubs growing out of the canes on which buds appear.

As guyot requires a great deal of care, it is uncommon in mass market vineyards. Yet, cordon is not necessarily a sign of an inferior vineyard. It is the more traditional of the two styles and remains in use at older vineyards as well as vineyards where the vigneron is aiming to limit his yield and thereby increase his grape quality.

But cordon and guyot are only the beginning. From there, a vigneron can twist and turn his vine into myriad shapes – with such esoteric names as the “Scott Henry” (a cane pruned system named after grape grower Scott Henry of Umpqua, Oregon in which the vine is splayed out in a vertical “hands up!” form, as if it had just been caught shop lifting), the “Smart Dyson” (a spur pruned variant of the Scott Henry), the “Geneva double curtain” (all about increasing sunlight exposure), and so forth and so on.

The latter training methods are mostly modern creations. Far older are methods like the albarello, in which the vines grow shaped like little trees; the koulouri or basket, in which vines grow close to the ground (protection from Sardinia’s violent winds) in little woven basket shapes, or the “goblet,” an age-old method popular in dry farmed vineyards. 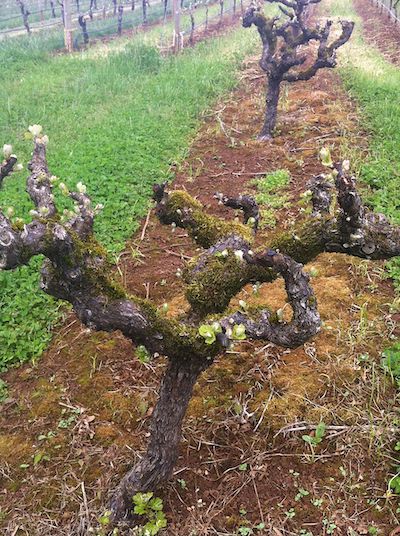 Each method has its adherents, ever eager to roll their eyes at the vintner on a neighboring plot who just can’t seem to get it in his head to use the obviously superior Taille Chablis method on his Chardonnay vines. What an amateur!

They might not look it when covered with green leaves, but those vines tell a story about the winemaker every bit as rich as his wine does.