If Spanish wine is a story of rivers – the Ebro in Rioja, the Duero in Ribera – then Galicia is the story of the Sil river, which also originates in the Cantabrian mountains, but flows due west out toward the Atlantic Ocean, slicing deep, narrow canyons into the misty, green landscape...

In this northwestern region of Spain, old stone monasteries loom in the fog, with monks scurrying around on terraced vineyards below. The Phoenicians likely never made it this far northwest in Spain. But a thousand years later, the Romans cultivated the slate and clay hillsides, planting the first vines. The religious orders took over upon the empire’s collapse, preserving a wine tradition that still endures today.

More on that below... But first, this week, our resident wine expert, Julien Miquel, gives a brief lesson on Spain’s most popular grape, tempranillo... including its telltale aroma (think tobacco and tomatoes)... where the name itself comes from... and why it has become synonymous with Spanish wine culture...

Galicia’s is not an obvious climate in which to plant grapes. Were you to wake up there tomorrow, the lush, green scenery and the red-haired populace playing celtic music on fiddles and guitars might make you think you were in Ireland, not Spain. 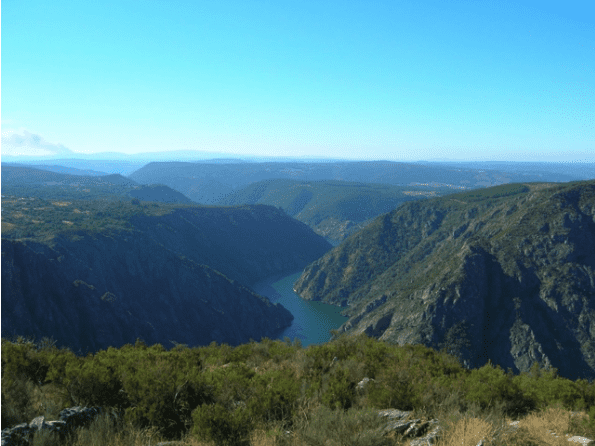 Fittingly, the region is nicknamed “Celtic Spain.” In fact, local lore has it that the tribes that populated Ireland originated here, a claim to which geography lends some credence – sail directly due north from Galicia and you hit the Irish city of Cork.

Of course, no one sings the praises of Irish wine (though apologists surely exist). And at first glance, Galicia, too, is a far cry from the ultra-dry climes so often lauded for their superior wine production.

But buried somewhere in its tangle of emerald canyons, seaside towns, and dusty roads, Celtic Spain has a secret – a valley where they make a wine variously described as a “mystery” and “a case study in the character of wine.” 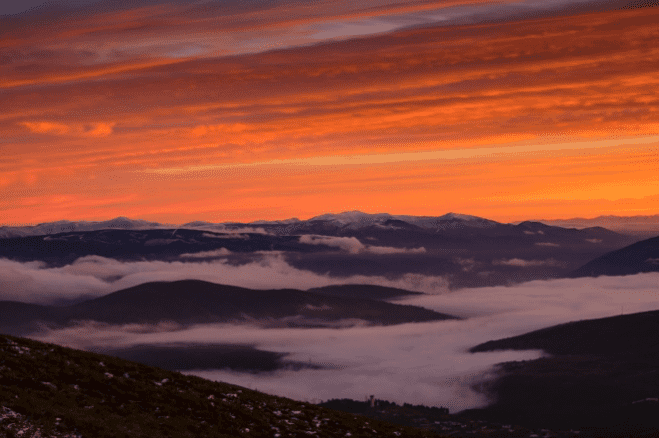 The misty valley of Valdeorras

The valley in question is known as Valdeorras. Unlike the rest of Galicia, Valdeorras’ particular micro-climate softens the Atlantic influence. You still taste the sea in wines from here, of course, just not to the extent that other flavors – fresh apple, pear, ginger – find themselves swamped.

Valdeorras translates to “valley of gold,” a relic from the Romans who came to mine the region’s rich deposits two thousand years ago. They also discovered that the mineral and clay soil, which retains heat from the day to keep plants from freezing at night, was perfect for certain types of grape.

Whether one such varietal – a rare type of white grape called godello – was already growing wild at the time, or whether the Romans imported it or crossbred it into existence, we don’t know. But several thousand years later, it’s becoming clear that godello may just be the real gold in these hills. 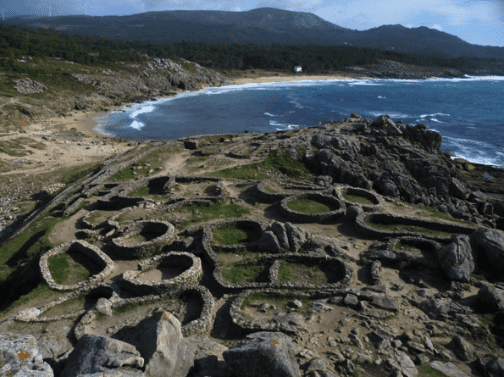 Just forty years ago, the grape – which is not found in any other part of the world – was virtually extinct, a victim of the nineteenth-century blight that decimated European wine. It was only in the 1970s, inspired perhaps by the reclamation of Celtic heritage by their Irish kin to the north, that locals began replanting their native vine, eventually going so far as to ban foreign vines entirely.

Today, godello is quickly becoming one of those wines, the mention of which at a cocktail or dinner party is certain to elicit a knowing nod from any connoisseur worth his salt in the room. It’s almost like the “secret handshake” of the wine world. For instance, we were in a local wine bar not long ago with a good friend. When we mentioned to him that we had some godello coming in... the owner walked over from a few yards away, drew in close, as if getting in on a secret, and asked, “Did I just hear one of you say godello? I’ve become obsessed with it.”

Part of what makes godello so intriguing, besides the appley, earthy, natural flavor, is that any rules of the winemaking process have long been lost to history. Thus, godello is a shapeshifter, its true identity always just beyond our reach. As New York Times wine critic Eric Asimov says: “The wine keeps bringing me back... because I am so eager to figure it out.”

Coming from a land of monasteries buried in mist... dusty roads winding up and down green canyons... and an old Celtic people whose true origins remain a mystery... could we expect anything less intriguing?

[Ed. Note: You’ll find a bottle of godello in your next shipment, which should go out this coming week. Serve your godello with fish sautéed in butter or some pasta in clam sauce. And be sure to let us know what you think.]