Shockwaves rippled through the wine world last week with the release of the annual Top 50 World’s Best Vineyards list.

The top spot – chosen by the “Academy,” a group of 500 sommeliers, wine connoisseurs, and hoteliers – went not to France, Italy, or California, but to Western Argentina! In fact, Argentina had such a strong showing that perennial stars like Mouton Rothschild and Veuve Clicquot were pushed out of the top 30 entirely.

So who claimed the top spot of Best Vineyard in the World?

Well, if you got a chance to sample all six bottles in your Argentine shipment, this will be an interesting story…

But before we reveal the winning vineyard… French winemaker Julien Miquel talks Chardonnay… its strange origins in Bordeaux 1,000 years ago… and why people pay $400 for a bottle of white wine.

The shipment of Argentine wine you received contained two of the highest-altitude malbecs in the world, Tacana and Sunal, both from the Calchaquí Valley in northwest Argentina, as well as three wines from the far better-known Mendoza region, which is several hundred miles to the south.

Among those three bottles were two – Puramun and Mundo Revés – from the Valle de Uco. While the 1970s Argentine wine renaissance began with a spark in Luján de Cuyo (Mendoza’s oldest region), the heart of the fire has now shifted to Valle de Uco, about an hour to the south.

Outside of the Calchaquí, Uco is Argentina’s second-highest wine region. And perhaps its most experimental, with bodegas that look like Bond villain lairs sitting in the shadows of jagged, saw-toothed Andean peaks…

Bodega and vineyard Zuccardi – just 10 minutes down the road from where your bottle of Puramun was made – is perhaps the most Bond-esque of the lot.

Hence, it wasn’t much of a surprise to those in the know around Mendoza when Zuccardi was named 2019 Best Vineyard in the World. The place is not only visually stunning, it is also a powerhouse, with well over 20 different wines and a range of labels to its name.

We never considered including Zuccardi wine in our shipment for the reason that you can easily find it on just about any wine retail website; bottles run from $13 to $120. We’ll spare you our own review; it’s inexpensive enough to test out yourself (though we’d love to hear what you think if you do...) 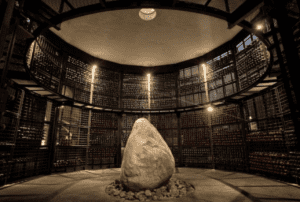 The wine cellar at Zuccardi

What’s of slightly more interest to us than the top spot on the list is the vineyard at Number 25 – a familiar name: Bodega Colomé.

If you’ve been reading these dispatches from the beginning, you may recognize Colomé as the producer of the highest – though it’s always a matter of some dispute – malbecs in the world: the aptly named Altura Maxima.

You may also recognize Colomé as our neighboring vineyard (it’s a mere hour or so down the road from our ranch in Gualfin!)

In fact, Colomé was founded by the Davalos family – the same family that makes our Tacana wine today. They brought the vines over from Europe and across the Andes themselves well over one hundred years ago.

Sadly, after one of Argentina’s many, many financial crises, the Davalos were forced to sell Colomé to Swiss billionaire Donald Hess, who fell so in love with the barren, alien landscape of the Calchaquí that he built a mansion, a hotel, and even a small, modern art museum next to the vineyard. (It’s a surreal sight to wander the desert in a four-wheel drive for five hours and then stumble upon a modern art museum dedicated to an artist from Los Angeles.) 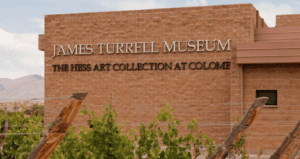 To put Colomé’s placement at Number 25 in context, it managed to beat out three of the most famous wineries in the world: Mouton Rothschild, Veuve Clicquot, and Ruinart, all of which were relegated to outside the top 35.

To put that further into context, the last vintage of Mouton goes for about $600 a bottle. Comparatively, the wines of the Calchaquí are a steal. But they might not be for long…

P.S. We had some of our friends do a little tasting of three wines from the Italian collection last night. 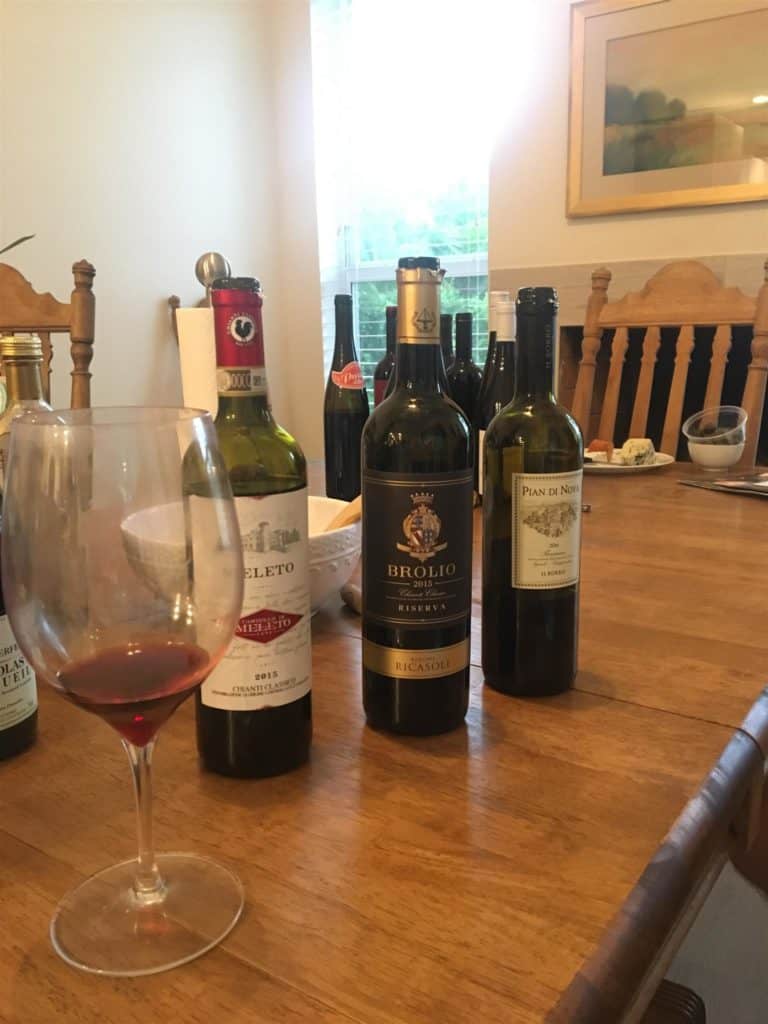 The consensus at first was that the Pian di Nova (from Il Borro, a Sangiovese/Syrah mix) was the best. However, after about an hour or so of aeration, we were collectively stunned to find that the Castello di Meleto (the Chianti Classico) blossomed in remarkable ways. You’ll have to let us know if you have a similar experience with yours after they ship at the end of the month…