American wine was reborn in the basement of the Modesto Public Library in California.

There, brothers Ernest and Julio Gallo found old instructional guides on winemaking from the University of California. Studying these guides, they remade themselves as winemakers. Their E. & J. Gallo winery would eventually become the largest winery in the US, paving the way for the 1970s boom and the 1990s renaissance.

More on that a moment... But first, did Robert Parker ruin modern wine? This week, Julien talks “typicity”... or, what makes a wine authentic (or not) to its area… how the taste of wine changed in the 90s… and how the Partnership uses typicity to select your wines…

No institution looms larger in the modern history of American winemaking than the University of California at Davis.

Through its winemaking guides, rediscovered by the Gallo brothers, it provided the spark for reignition. Through its oenology program, the school poured jet fuel on the 1970s wine boom, putting California on the map as the most innovative wine region in the world.

It’s no accident that the two industries sprang up side by side. The technicality of winemaking proved just as titillating to the new lords of Silicon Valley as any computer program. With money and know-how, American wine became, technically speaking, perfect.

Such was their technique, even cheap wine became drinkable.

Yet, just as with Silicon Valley, perfection came with a good heap of hubris.

American wine effectively split into two different levels of market – cheap and luxury – with little in the middle.

At one level, Ernest and Julio Gallo set the model with their E. & J. Winery, producing cheap jug wines like Carlo Rossi and mass-market sparklers like André Champagne (one of the few American sparkling wines allowed to use the “Champagne” label after the French-American treaty of 2006).

On the other level stood Robert Mondavi. After leaving his family’s Charles Krug winery in 1966, Mondavi would go on to create both the outrageously expensive California cab (through his $500-a-bottle Opus One) and the ultra-dry Californian sauvignon blanc (through his oaked Fumé Blanc).

Much as the wider economy stratified between the inexpensive Walmart market and the luxury Whole Foods market, so too did the wine economy. In America, getting wines from State A into State B is a byzantine, expensive proposition, due to what’s known as the 3-Tier system. The only way to scale a wine business is to shoot either for volume (Gallo) or high order value (Mondavi).

What Is the 3-Tier System?

The 3-tier system is a patchwork of laws – both state and federal – left over from Prohibition. It requires three levels of cost inflation before you can purchase a bottle of wine. The simple version is that the winemaker (or the importer, in the case of foreign wines) must sell to a distributor, who must then sell to a retailer, who then sells to you.

The complicated version is that no distributor has the right to distribute wine nationally. Shipping to even some of our 50 states often requires complex workarounds to comply with state and local “blue” laws (as the Prohibition leftovers are called). At every step of this highly inefficient process, someone must make a profit and pay taxes.

The result? Wines wherein the actual cost of the wine itself accounts for just 30% of the price of the bottle. The other result is that smaller American producers – the anti-Gallos and anti-Mondavis – have trouble getting proper distribution, especially for out-of-state customers.

Into this bloated mess stepped the Bonner Private Wine Partnership team just a few months ago.

Our importer, Barry, a longtime Californian with a long-held contempt for Californian wine, warned us: “This is going to be the toughest collection we’ve ever put together.”

Yet, with Covid-19 making international travel nearly impossible (down in Buenos Aires, Diego wasn’t even allowed to leave his apartment), we had little choice. Our challenge was to look past fad and fashion to find an older idea of American wine.

We found it in some unexpected places... in soils formed in ancient floods, in clones of old Burgundian varietals smuggled to the US before Prohibition… and in wineries whose history can be traced back to the Oregon Trail.

Shipments begin (hopefully) next week. Until then, happy Fourth of July! 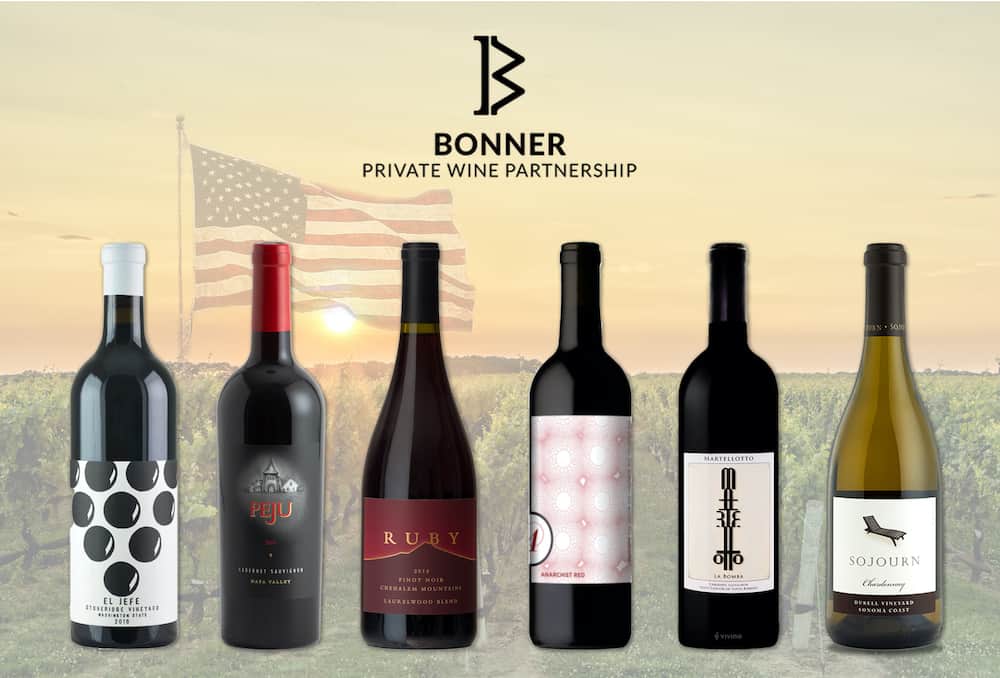