“Anyone can produce a great wine… But it takes a genius to sell one,” our neighbor, the wine magnate Donald Hess, told us once.

Sometimes the geniuses try a little too hard, as we discovered in Colorado recently.

America is not known for its high-altitude wines. Not that we don’t try. Pretenders to the title of highest-altitude American wine spring up in Colorado’s West Elks AVA (3 hours from Denver) every few years, disappearing at about the same rate. Stone Summit was razed to make way for a housing development. Terror Creek went on sale in 2016 for $2.9 million, only to sell for less than half that. Stone Cottage (also in the West Elks AVA) remains, but its owners are wise enough to lay claim only to having the highest-altitude merlot in North America (at an admirable 6,200 feet).

It was, therefore, with no small amount of skepticism that we received a tip while in Colorado that just an hour and change outside Denver, one can find the “highest winery in the world.”

Preposterous! Highest ice wine in the world maybe… But red wine? Not a chance.

To prove our point, we did a google search… only to find… right there in the first spot… a big headline proclaiming that Colorado was now the home of the “highest winery in the world” – at over 10,000 feet.

What choice did we have? We had to investigate…

More on that below… First… By now, you should have received your latest shipment of six Italian wines from Bonner Private Wine Partnership. If not, don’t worry, it’s on its way and should arrive in the next couple of days.

And just in case you missed it last week, our Italian wine-tasting video, in which our resident wine expert, Julien Miquel, dissects the wine, is still available. With over a decade’s experience making wine on three continents, Julien’s tasting notes are sure to give you some great insights into the wines to help you enjoy them all the more. Simply click the video below to watch it.

The winery had a tasting room in Breckenridge; we wasted not a moment upon stepping through the door and immediately asked to taste their high-altitude wine.

The sommelier – also the owner, as we later learned – waffled. He explained that he could offer us a full tasting of all of their wines.

We pressed him further, asking which ones were from grapes planted at 10,000 feet.

Now 4,000 feet ain’t nuthin’. But to call it “high altitude” is, well, just this side of overly “puffy,” as they say in the advertising world. And “highest in the world” this wine most assuredly is not.

Furthermore, being so used to grapes grown at 8,000, even 9,000 feet, we could only walk away disappointed, despite the fact that some of the wines were, in actuality, quite good. 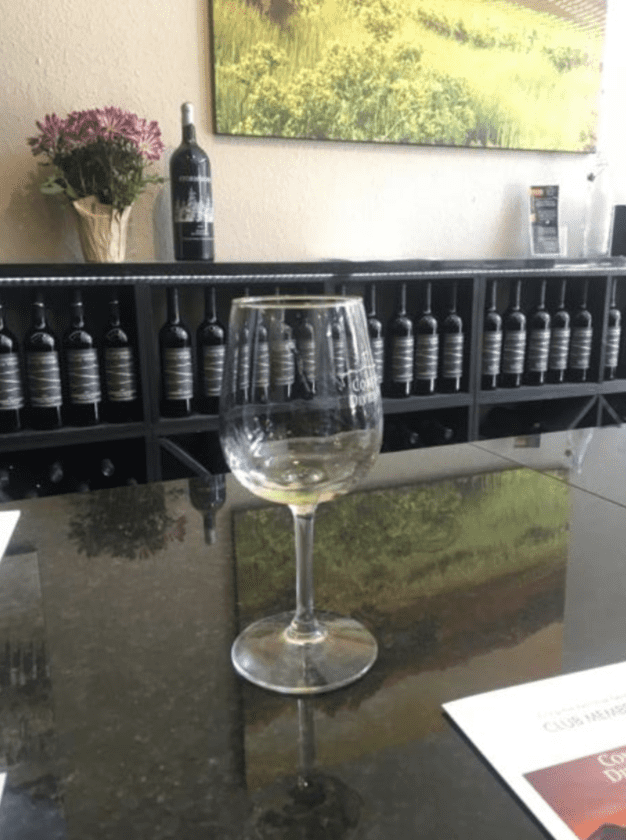 We won’t mention the name of the winery.

Instead, we’ll offer a simple word of advice to these putative “high altitude” winemakers: Rather than follow Hess’ maxim, they might do better to take heed of Jimmy Stewart, who, in his classic 1950 film, Harvey, quipped: “In this world, you must be oh so smart, or oh so pleasant. For years, I was smart. I recommend pleasant.”